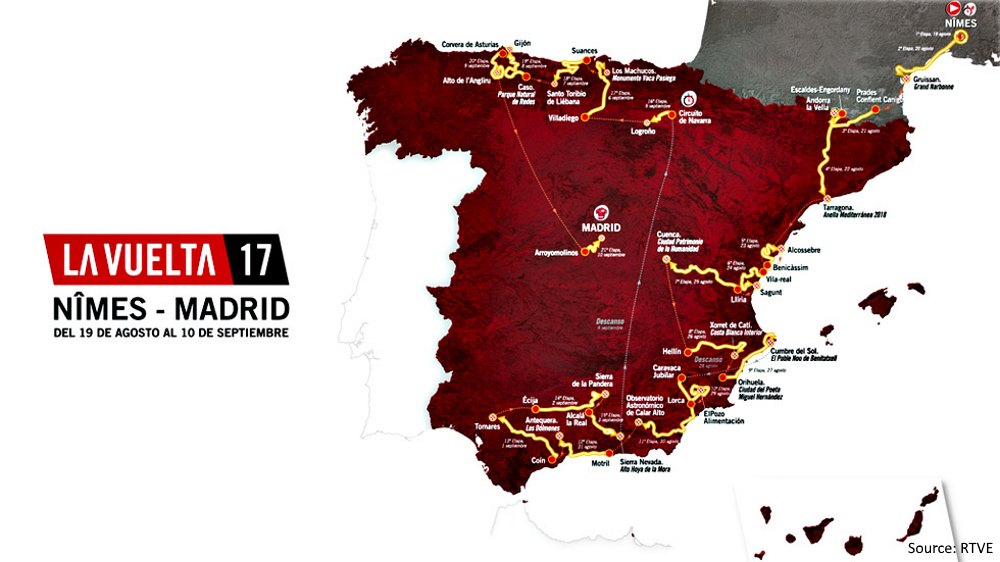 The Vuelta a España route for 2017 featured nine summit finishes, including the Alto de l’Angliru and a single, relatively short individual time trial. The 2017 Vuelta a España started across the border in France on Saturday, August 19, and finished in the Spanish capital of Madrid three weeks later. Tour de France winner Chris Froome (Team Sky) looked to do the double with victory at the Vuelta whilst the likes of Vincenzo Nibali (Bahrain-Merida) and Esteban Chaves (Orica-Scott) were looking to salvage below-par seasons. 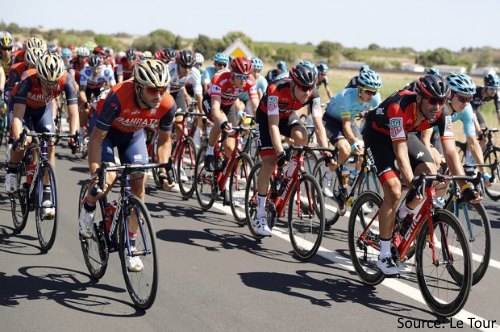 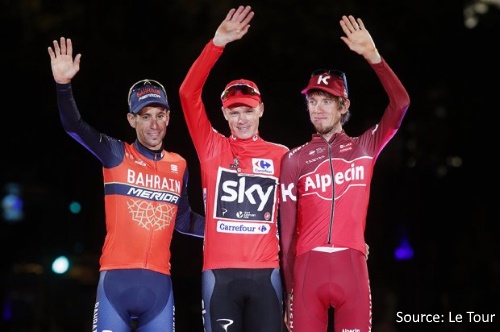 Team Sky's leader Chris Froome sealed his place in cycling history on Sunday, safely negotiating the final stage of La Vuelta to become the first rider to win Spain's national tour straight after winning the Tour de France as the race ended beneath a spectacular sunset in Madrid. The final stages of grand tours are a usually nail biting finish, but Froome did not give his rivals any chance at the end. Joining him on the podium were Vincenzo Nibali (Bahrain-Merida) and Ilnur Zakarin (Katusha-Alpecin), finishing third in his first Grand Tour. Nibali suffered a crash on the descent of El Cordal on Saturday's penultimate stage of the Vuelta a España. The Bahrain-Merida rider finished the stage to secure second place overall behind Chris Froome, but he suffered a heavy blow to his left rib cage in the incident.

The mountains classification was won by Cannondale–Drapac rider Davide Villella, while Trek–Segafredo's Alberto Contador won the combativity award in his final Grand Tour for being the most aggressive rider. Astana took the team award. A total of €1,120,230 will be awarded in cash prizes in the race. The overall winner of the general classification will receive €150,000, with the second and third placed riders getting €57,000 and €30,000 respectively. All finishers in the top 20 were awarded with money. 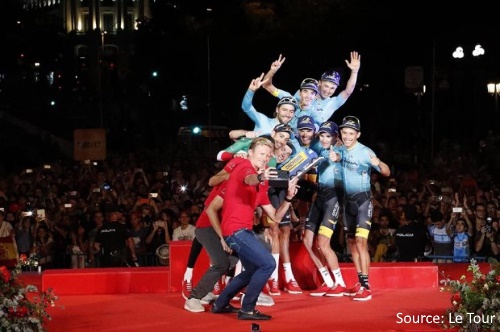 The Vuelta a España 2017 has been rated by experts as the most exciting edition of this race in the past few years. Combining photo finishes, crashes and gruelling climbs, this race was a treat to watch for cycling fans all around the world.