Home > World of cycling > TYPES OF BICYCLES
Back 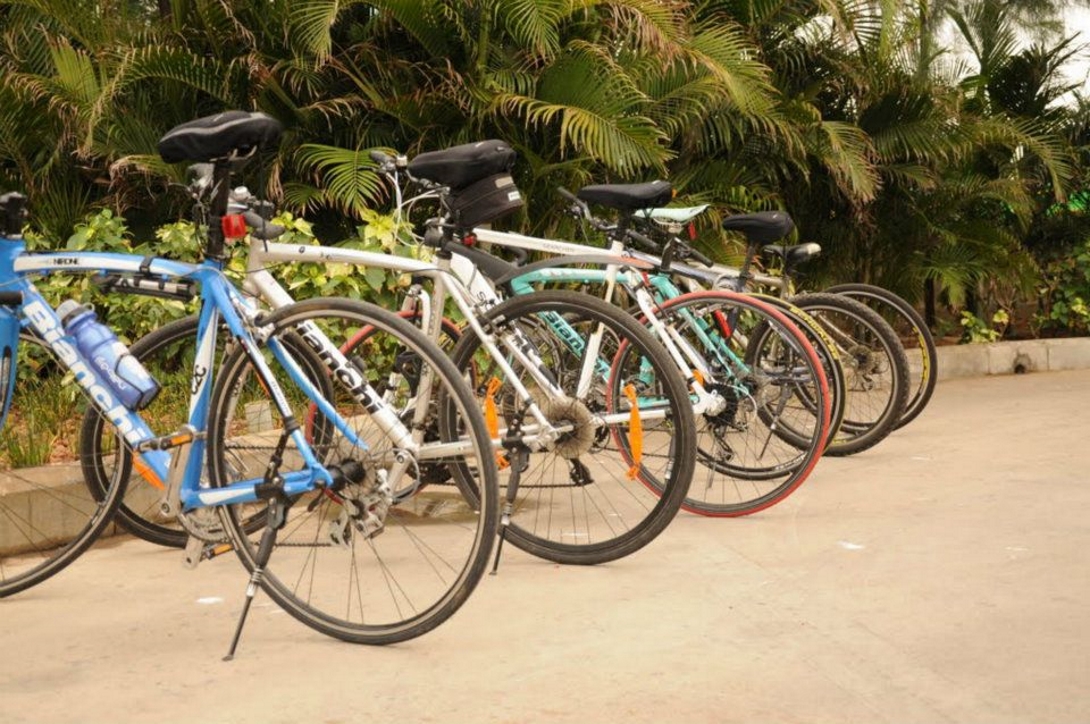 Cycling was one of the earliest means of transportation and has been the core to many automobiles that we are being used at the present. With the climate change problems and also the constant increase in population, the space on roads have drastically reduced. Hence, cycling has seen a boost in usage for amongst many people as their primary mode of transportation. Cycling can have multiple purposes and over the years there have been cycles designed and manufactured for every specific usage. Read on to know about the different types of bicycles and for what they can be used for.

City bicycles are designed for optimum comfort while riding. These bicycles have a simple frame geometry with a large raise in the handlebar to make sure the rider is in an upright riding posture. They can be used for short rides inside the city. There are both geared and non-geared variants in city bicycles. There are also women specific city bicycles available to make riding even more comfortable for the women riders.

A hybrid bicycle is general purpose bicycle, for cycling over mixed terrain with a mixture of a road and mountain bicycle characteristics. Hybrid bicycles will usually have flat handlebars similar to a mountain bicycle but with rapid rolling 700c road bicycle wheels. They are more performance oriented and feature a more efficient riding position than city bicycles. There are quite a variety of hybrid bicycles available; some will have wider tires and a suspension fork up front, to take the sting out of rough roads and tracks while others will have narrower tires and a rigid fork for more efficient tarmac riding.

Road bicycles are designed for performance on mostly well paved roads. They are the lightest in weight of all the bicycles and have the shortest wheelbase, lowest bottom bracket, and the steepest headtube angles. These geometry features allow the road bicycle to react to rider inputs quickly and to have a low centre of gravity which is beneficial when turning. Wheels are almost invariably 700c - sometimes smaller wheels are used on very small frames. Tire sizes will typically vary from 20-25mm width. Road bicycle frames can be made out of just about any material but the most common ones that you will see are aluminium for budget oriented bicycles and carbon fibre for high end bicycles. Gearing will be the highest and narrowest on this type of bicycle. Road bicycles are designed to carry only the rider and his/her water bottles and hand pumps.

If you plan to ride "off road" a lot, like using your bicycle to traverse the woods or zip through the desert on sandy or rocky trails, a mountain bicycle is probably what you want. Mountain bicycles are designed for riding under more rugged conditions, and typically have a stouter, more upright frame offering higher clearance to get over rocks, logs and through ruts, etc. A mountain bicycle usually has wide knobby tires that offer more substantial grip and traction on a variety of surfaces, including gravel, dirt, rock and sand. Mountain bikes have a wide range of gearing to allow them to handle a broad range of terrain. Suspension in these bicycles play a critical role in absorbing vibrations from the uneven surfaces. Mountain bicycles or MTB’s as they are usually called come in 2 common types; the hardtail (only front suspension) and a full suspension bicycle (front and rear suspension).

Kids bicycles are simple bicycles but with changes in them according to the age or height of the kid.  At 2-4 years Kids get on their first ever appropriately sized tri-cycle.  On this bicycle, kids can experience/learn the laws of pedalling, steering, braking and sitting on a saddle.  Between the ages of 4 and 8 years most kids have developed sufficient physical coordination and agility, good balance, and master starting and stopping on a cycle with or without training wheels. Where adult bicycles are sized by the frame, bicycles for children are sized by their wheels. Generally the frame on kids bicycles are strong enough to handle moderate abuse and the brakes are simple V-brakes with easy to use brake levers. The design and colours are given more importance to make these bicycles attractive to the kids.

These kind of bicycles are called speciality as they are made for a specific type of cycling.

Fat Boy Bicycle- These bicycles are fat as the name suggests and it is the tires which are oversized. They are meant for riding in sand, dirt tracks and on rocky terrains. They come with disc brakes and frames which are built from either steel, aluminium or carbon. The gearing range is steep and the riding posture is aggressive and open chested.

Time Trail Bicycle- TT or Time Trail bicycles are specifically made to ride for a specific type of racing, the Time Trail. On a Time Trail race, the rider races against time to be the fastest on a set distance. These bicycles are a modulated version of road bicycles with more emphasis on an aerodynamic frame design and also an addition of time trail specific handlebar extension to make the riding posture aero.

Folding Bicycle- These bicycles are designed specifically for commuting. They can be folded into a compact form and be transported easily on public buses or trains and can also be kept inside a car. Folding bicycle frames are as tough as a full size adult bicycle but only with smaller sized tires. They have a high weight threshold and at the same time lighter in build making them easier to fold and carry it.

Choosing the right bicycle for you is not just about the price and the aesthetics but one should also make sure the bicycle is meant for the particular purpose of riding you intend to do. We hope this peice of knowledge will help you pick your dream bicycle. If you are still confused about which bicycle to buy, click here to let us help you pick the perfect bicycle for you.