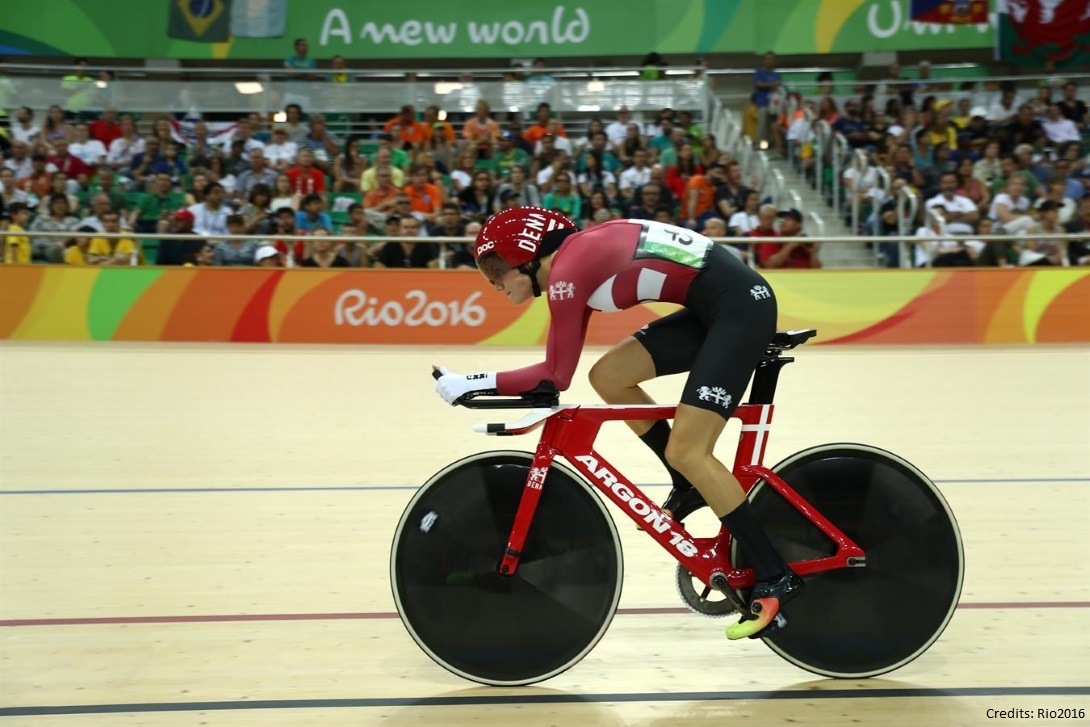 The Track Cycling is an indoor event in which riders speed through a steeply banked oval wooden track known as a velodrome. The riders will use a track bicycle, which has a fixed gear and no brakes, to compete in this event. There will be 10 events held in total which will be split evenly between Men and Women. The track events are:

The Track Cycling events were held between August 11th and August 16th.

Great Britain’s Trio of Philip Hindes, Jason Kenny and Callum Skinner put on a masterful display of skill and speed to clinch the Gold medal at the Men’s Team Sprint Finals on the 11th August. The Team clocked 42.440 seconds to set a new Olympic Record. New Zealand’s Ethan Mitchell, Sam Webster and Ed Dawkins had to settle for silver after finishing in 42.542 seconds, a difference of 0.102 seconds. The team from France had to settle for a Bronze medal with a time of 43.143 seconds.

Elis Ligtleeb of Netherlands came out on top in the Women’s Keirin event held on Saturday. The Dutch woman beat Great Britain’s Rebecca James and Australia’s Anna Meares, who won the Silver and Bronze Medals respectively.

Italy’ Elia Viviani was the recipient of the coveted Gold Medal in the Men’s Omnium event held on the 15th of August. The Italian won the 6 discipline event which was held over two days with a total points tally of 207. Mark Cavendish of Great Britain wont the Silver Medal with a total of 194 points and Lasse Norman Hansen of Denmark won the Bronze Medal with a total of 192 points. Cavendish has had a great year of cycling that includes multiple stage victories at the 2016 Tour de France and a Olympic Medal.

Kristina Vogel’s masterful riding skills won her the Gold in the Women’s Sprint finals held on Tuesday. The German was no match for Rebecca James and Katy Marchant, who won Silver and Bronze Medals respectively for Great Britain. The 24 year old Rebecca James also won a Silver Medal in Women’s Keirin event on Sunday. It was a tremendous day for British Cycling as the wins came just after Laura Trott defended her Olympic Gold in the Women’s Omnium.

The Men’s Keirin finals was held on Tuesday the 16th of August. Jason Kenny from Great Britain put on a spectacular display to clinch the Gold Medal. The Brit, who won Gold in the Men’s Sprint finals, equalled Sir Chris Hoy’s record of Six Olympic Gold medals on Tuesday. After the Keirin, Great Britain’s cyclists have won 6 Gold medals, 4 silver medals and one Bronze medals in the Velodrome. Matthijs Buchli from Netherlands and Azizulhasni Awang from Malaysia won Silver and Bronze medals respectively for their countries.

The next cycling event is the BMX event for which the seeding run will be held on 17th August for both Men and Women.