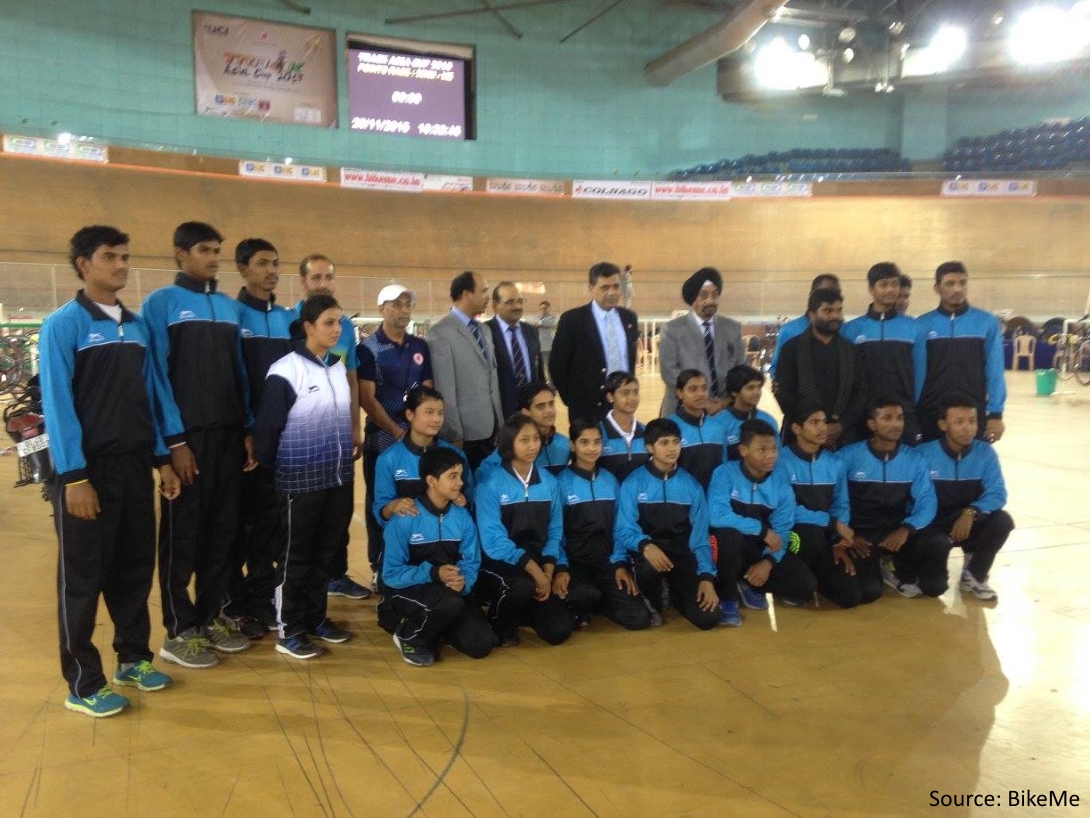 India finished its campaign successfully in the Track Asia Cup 2015 by winning 11 medals, including three gold medals, three silver and five bronze medals at the Indoor Cycling Velodrome at the Indira Gandhi Sports Complex in Delhi.

Choosemybicycle.com also had the opportunity to speak exclusively with Mr.Onkar Singh the secretary general of the Cycling Federation of India(CFI) about the Track Asia Cup 2015 and the future plans for Cycling in India.

1.What are the key Indian talents who performed well in the Track Asia Cup 2015?

Lot of young talents flourished for India at this event. Some of the stand out names were Deborah, Rajesh, Emerson, Anu and Kezia.

2.What are the grassroots level initiatives taken by the CFI to help cycling talent across the country?

This year 80 cyclists in the age group of 14 to 16 years where identified from across the country and are undergoing training at the Sports Authority of India National Cycling Academy (SAINCA) in Delhi. This program will help nurture cycling talents at a younger age and make them race ready for the Elite cycling events in the future.

3.Why has the number of Cyclothons conducted by the CFI reduced in the last 2 years?

The professional cycling scene in India is growing at a fast pace. Three National Championships and selected few International races in Asia have become a regular feature in the Indian cycling calendar. Severe Hot and Cold climatic conditions are also taken into consideration for cycling events in our country. Hence all this has made the over-all schedule tight for CFI to accommodate more number of Cyclothons in our calendar.

4.What are the next major cycling events to look forward to in India?

The immediate next cycling event is the 68th National Track Cycling Championship at Ludhiana from 16th to 20th December 2015. The next major event is the South Asian Games in Guwahati and Shillong from February 6 to 16th, 2016.

We thank Mr.Onkar Singh for answering our questions and wish CFI the best in taking cycling in India to the next level.