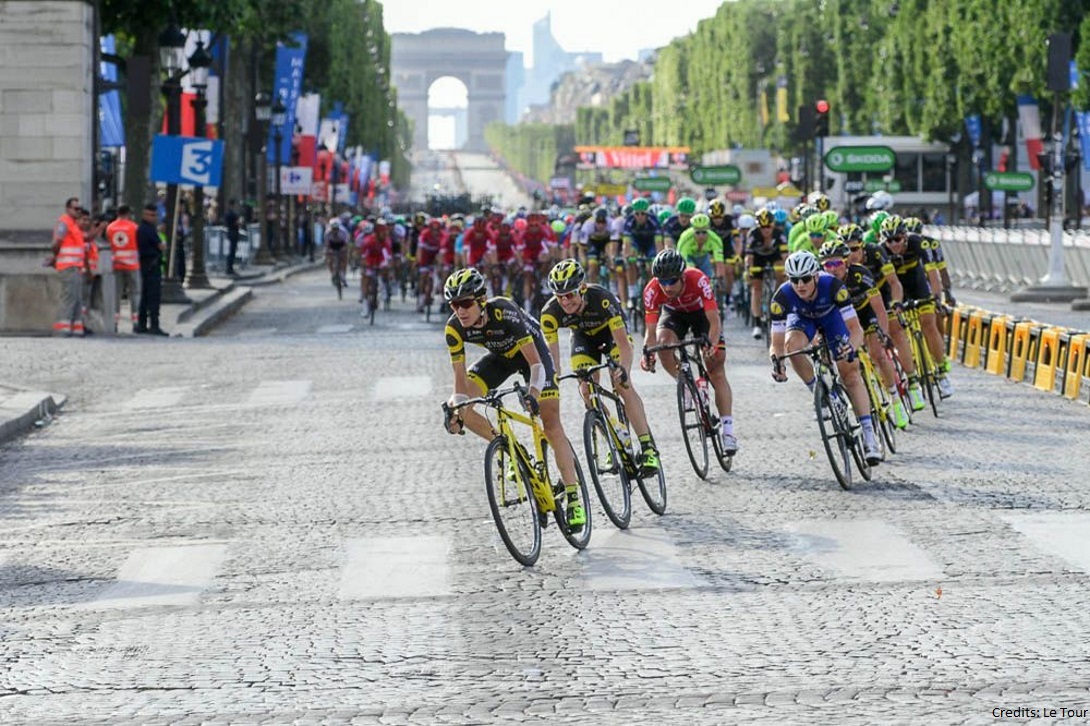 The 2016 Tour de France has finally come to an end with Britain’s Chris Froome emerging as the overall champion. The Team Sky rider crossed the finish line at Paris on the 24th of July to become the first ever Briton to win 3 Tour de France titles. Froome, who won the Tour in 2013 and 2015, became the first man to defend his title in 20 years.There was plenty of excitement throughout the tournament including some spectacular performances and some unexpected results and upsets. Except for a couple of stages, the weather was pleasant throughout the Tour. British riders had an exceptional Tour with 7 wins in total.

The Tour de France recognizes individual achievement by awarding specific jerseys for specific achievements to the riders. There are 4 jerseys awarded in total.After the 21st stage, the following riders held the Jerseys of the Tour:

British Riders Stood Out From The Rest

British riders had an excellent Tour this year with 2 Jersey holders after the final stage. Adam Yates, the best young rider of the 2016 Tour finished in 4th place in the overall rankings. Yates occupied the second spot for 6 stages and third spot for 6 more stages before dropping to 4th spot in the 19th stage.Manxman Mark Cavendish pulled out of the Tournament in order to focus on the Rio Olympics. However, before leaving, the Dimension Data rider won an incredible 4 stages to make his total stage wins to 30. Cavendish wore the Yellow jersey once after winning the first stage of the Tour. Fellow Briton Steve Cummings put on a spectacular display during the 7th stage to achieve a second stage win in his career. Chris Froome won two stages to make it 7 wins for British riders in total.

Froome finished the Tour at Paris with a lead of more than four minutes which he accumulated over the previous 20 stages. Froome finished ahead of Frenchman Romain Bardet and Columbian Nairo Quintana to clinch the title.After a quiet start to the Tour, Froome took the lead after launching an unexpected attack on the descent into the finish at Bagneres de Luchon in the 8th stage of the competition. Froome extended his lead after the 11th stage from Carcassone to Montpellier by taking advantage of the cross winds to break clear in the final 15km, enabling him to finish second behind Peter Sagan.Chris Froome’s lead could have been undone during the 12th stage as he crashed into rival rider Richie Porte during the ascent of Mont Ventoux. Froome had to run up the mountain for some time before taking a replacement bike from a support car. The Briton was excellent in the second individual time trial (Stage 17) where he finished first to further extend his lead to almost four minutes.Froome suffered yet another setback during stage 19, where he suffered a crash during a particularly treacherous descent. His team mate Geraint Thomas lent Froome his bicycle, which enabled the defending champion to ride it through the final 12 km. He extended his overall lead and defended it till the final processional ride in to Paris.

The Unpredictability of Tour de France

Columbian Nairo Quintana was Froome’s main rival throughout the Tour. The Movistar rider showed exceptional all-round ability to finish second in the overall rankings. However, Quintana failed to show his strengths in the mountains and suffered from allergies which supposedly affected his performance.Two-time Tour de France winner Alberto Contador produced a major upset by dropping out of the Tour due to illness. The Spanish rider participated till the 9th stage before calling it quits. 2014 Tour winner Vincenzo Nibali also had a mediocre Tour finishing at 30th place in the general classification.

After 21 stages of excitement and drama, the iconic Tour de France has come to a close. For many of the riders, the next focus will be on recovering for the upcoming 2016 Rio Olympics.