Home > World of cycling > The Psynyde Bikes Story
Back 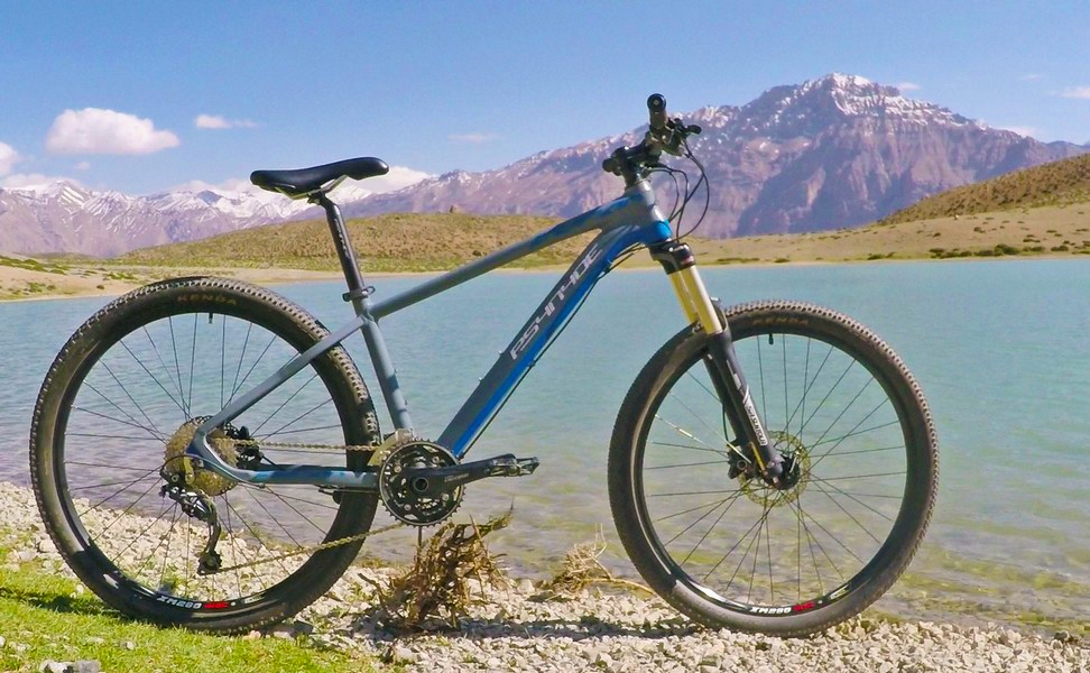 In 1996, two years after burning trails on the beautiful hills that pockmark Pune's landscape on machines the modern rider would probably term sad excuses for mountain bikes, Praveen started designing and fabricating parts for his pioneering circle of cyclists. With the internet not being as mainstream and easily accessible as it is today, he had to make do with second hand magazines bought at local book stores to source the latest international bicycle trends and components. Most of the content of the magazines sourced, pointed towards hardtail bicycles and a few full-suspension bicycles. It was the latter that caught Praveen's attention. This impelled him to design a few prototypes of his own, which developed into scale drawings.

His journey wasn't easy. He faced several rejections from multiple fabricatiors on his many vistits to MIDC, Pune.  The reasons were free flowing – lack of experience, lack of time, less quantity, and even, his age! Being persistent and optimistic, Praveen never gave up till a few people eventually agreed. Praveen then designed and developed a few ultra-durable prototypes, placing importance on lightness and strength. Unfortunately, this wasn't very lucrative at that point and life caught up with him, making him shift to working in the animation industry.

Start of a New Journey

In 2008, his field of work faced a slump. He took this as an opportunity to answer his calling – bicycles! He decided to build his first full custom performance bicycle frame, and named the project Caffine. He started from scratch, learning the basics of all he needed to know. He studied a range of subjects like 3D modelling, metallurgy, bicycle frame design, and welding and brazing procedures. On gaining some knowledge, he decided to put it into practical use. He made his own notching tools and jigs for integral parts like the frame, the fork and the chainstay.

His friends and family being extremely supportive of his project, helped source the capital required to complete it. After three years of dedication and committed hardwork, Caffine was completed and ready to go into the market. Praveen shared his work with bicycling communities like BikeZone, and the response was great. The outcome of his dedication was support and encouragement from the community, which helped him get his first few customers.

Today, Praveen has been in the world of bicycles for about a decade and has impressed avid cyclists and athletes. He is widely known for his precision, high standards of quality, creativity and eye for detail. His company, Psynyde Bikes, is the only custom bicycle builder in the entire country.

He has customers from all over the country and abroad, and prioritises individual requirements. The bicycles he builds, is ensured to fit the rider like no other.  His whole process involves procuring material from Europe or the United States based on the customer's requirements, cutting tubes with unparalleled precision, welding, and painting. This entire process is not only challenging and time consuming, it's all quite expensive.

Through Psynyde, Praveen wants to be able to spread his expertise, from years of experience in the field, to the masses. He wants to design and sell affordable, rider-focussed and world class Mountain Terrain Bikes, enabling more customers to be able to truly experience the improvement in handling and control from other bikes in the market.

Alongside Praveen at Psynyde are Vinay Menon and Sudeep Mane. The former being one of India's leading names in free mountain biking and the latter, a passionate road cyclist and statistician, brought into the world of Psynyde after getting a custom road frame built by Praveen. They bring real field know-how, planning and structure to Psynyde.

After designing and testing, Psynyde is all set to launch a new mountain bike – Furan. A bicycle that is said to be a different geometry and class from any other bicycle abailable in the Indian market – by an Indian or an international manufacturer.  After an intense period of 18 months, the prototype has evolved into a reality, which has been tested by some of the top professional riders in India.

Details about this new bike, Furan, can be found on their crowdfunding campaign page:  www.fueladream.com/home/campaign348 and on their website: www.psynydebikes.com .

Something that started as a thought or idea after rough rides in the hills of Pune, is now all set to stir up a storm in the Indian cycling company. Kudos, Praveen Prabhakar and team Psynyde.