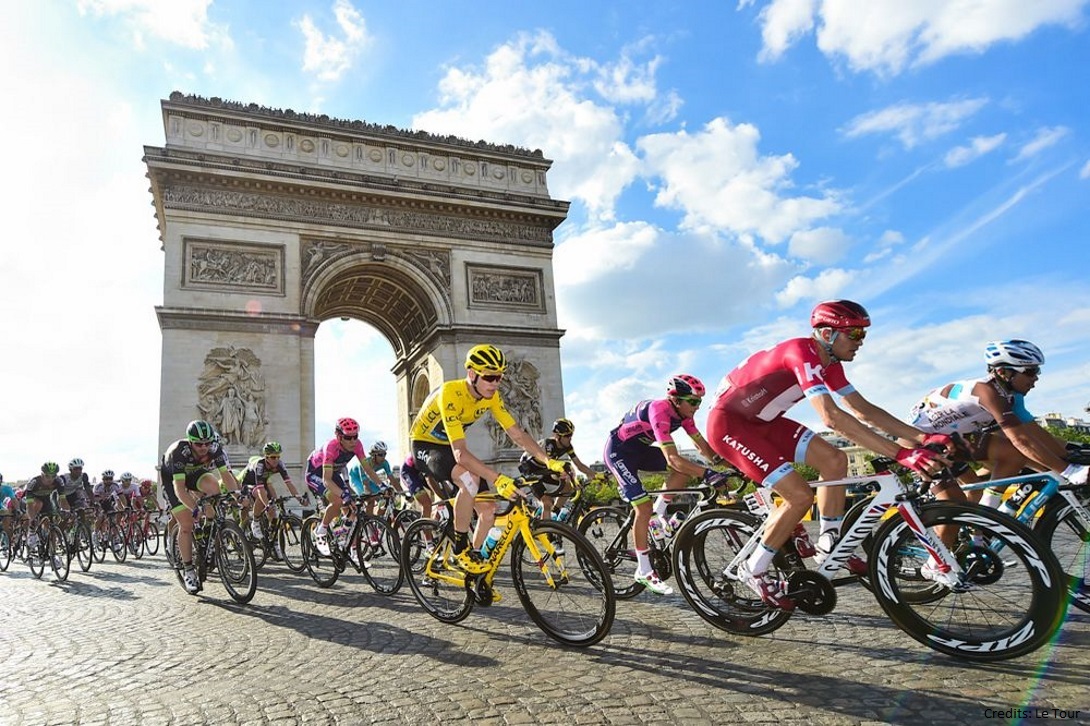 After much drama and excitement, the 2016 Tour de France has finally come to an end. There were several interesting Technology put to use during the course of the Tour. We, at ChooseMyBicycle have compiled a list of the most interesting Tech on display during the Tour.

In professional cycling, a second makes all the difference between winning and losing. Therefore anything that would allow a rider to save even 1 second is considered a crucial part or accessory. This is exactly where the Elite Leggero Carbon comes in. This extremely light weight bottle cage is made of carbon and weighs just 15 grams. It is difficult to find a lighter bottle holder in the market. The Leggero Carbon is not exactly cheap. It costs about $100 (Rs.6700).

This seat post from FSI can be adjusted while the rider is in motion. Although FSI has been experimenting with technology for some time now, it looks like the company has finally arrived at a production ready version. If the rider wants to change the seat height, he/she has to reach down and turn the upper tube to raise or lower the seat in 1mm steps. The adjustable range is 20mm. According to FSI, adjusting the seat according to the cadence will provide advantages during ascent and descent. The seat posts are also claimed to provide a low centre of gravity and lower aerodynamic profile during descent.

The reality of competitive racing is that crashes are unavoidable and can happen to the best of riders. Big names like Chris Froome, Alberto Contador were amongst the unfortunate few who were involved in a crash in this year’s Tour. However, the injury suffered from an unfortunate accident which includes painful abrasions can be greatly minimized by wearing this piece of tech from Etxeondo. The Giant-Alpecin riders at the Tour de France wore these kits which were made with abrasion resistant panels in the thighs, shoulders and upper back. The kit makes use of a special material called Dyneema which is one of the toughest materials in the world.

Like we said before, every second counts in the professional cycle circuits and Specialized understands that every little bit helps. The American Bicycle manufacturer unveiled its Evade range of premium cycling helmets at the 2016 Tour de France. The company claims that wearing the Evade will save about 46 seconds over 40 Km when compared to a standard road helmet. In terms of the design, the Evade is quite stylish. The helmet also provides optimum cooling for the rider with cleverly designed vents.