Home > World of cycling > SHOULD WOMEN TRAIN DIFFERENTLY THAN MEN?
Back

SHOULD WOMEN TRAIN DIFFERENTLY THAN MEN?

Yes, they should because… Nope. While it seems like this is a question whose answer begins as structured as that, the actual answer is well - Yes, and No. This question has been an age-old question, often with differing and even conflicting responses. There is no right answer to this question. To understand this, we have to understand that anatomically, Women and Men differ - in several aspects like the pelvic structure, muscle composition, hormonal aspects etc. So it is important, that while they may technically ‘train the same way’ certain aspects of the training plan would undoubtedly differ. Read on to know more on what they are.

Women do better with higher reps than men

Untrained Men and Women have the same fibre type distribution. However, this changes with training: in strength training for women, muscle fibres are converted to Type I fibres or don’t convert at all, whereas in Men they generally change to Type II fibres. Women also have proportionally larger Type I fibres than men. The result is that Women are more resistant to fatigue than Men, even when Women and Men with the same strength level are compared. Because Women have more slow-twitch muscles and thus are better at endurance activities and should train their Type II fibres more than men to reach their potential for explosive activities - like sprints.

Having larger and more Type I fibres allows Women to handle more volume than Men. That’s not the only reason, the female sex hormone Estrogen gives Women an advantage over Men. Estrogen is an anti-catabolic hormone that aids in muscle repair, reduces protein break-down during exercise and protects you against muscle damage. This allows Women to train with a higher training volume without becoming over trained. Women can tolerate the higher training stress of full ROM training better than men.

Men are better at explosive training and explosive activities

The superior work capacity of Women disappears when training with weights close to their maximum strength. While Women’s muscles have great endurance, the female nervous system is not as efficient as that of Men. Men are more explosive than Women i.e. they can generate force quicker. The area in the brain that controls movement (the motor cortex) is in fact literally larger in Men. During explosive exercise at very high training intensities, like powerlifting or sprinting, men can perform better than women. However, the difference becomes very small after serious training.

Since Women don’t react as well to High Intensity Interval Training, steady state cardio works better for them. And not just physically: mood improvements from aerobic exercise tend to be greater in women than in men.

Women do better with a slower lifting tempo

Since Women are less explosive than Men, Women can perform more reps with a more controlled, less explosive lifting tempo. Forcing Women to use a fast, fixed tempo does not take advantage of their higher endurance.

Another reason Women have better endurance than Men is that women suffer less from metabolic stress than Men, again even when Women and Men of the same strength level are compared. Women have lower arterial blood pressure during exercise, so they can get more blood and oxygen to their muscles than men. Less metabolic by products like lactate, which causes ‘the burn’, accumulate in the blood, so the muscles are capable of functioning for a longer time under stress than in Men. Women’s superior fatigue resistance disappears during blood flow occlusion training and unlike Men, Women’s muscle growth seems to be blocked by post-exercise blood flow occlusion.

Women recover faster than Men. and don’t need as much rest as Men to complete the same relative training volume. Since they can recover faster after a training session and tend to have better nutrient delivery to their muscles, they don’t suffer as much muscle damage and they repair their muscles faster and hence thrive with a greater training frequency. 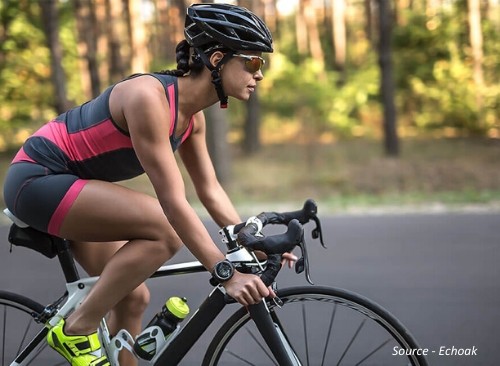 Though Women are typically better suited to endurance related activities and Men to explosive activities, that shouldn’t stop either from training to get better at the other. With serious and focussed training Women can improve and excel at explosive activities and Men at endurance activities. At the end of the day, it is an individual’s specific body composition that plays a role in their performance! And to conclude, Women and Men needn’t train completely different from each other - but they may want or need to focus on different methods to approach a similar training plan!