Home > World of cycling > Share the road well
Back 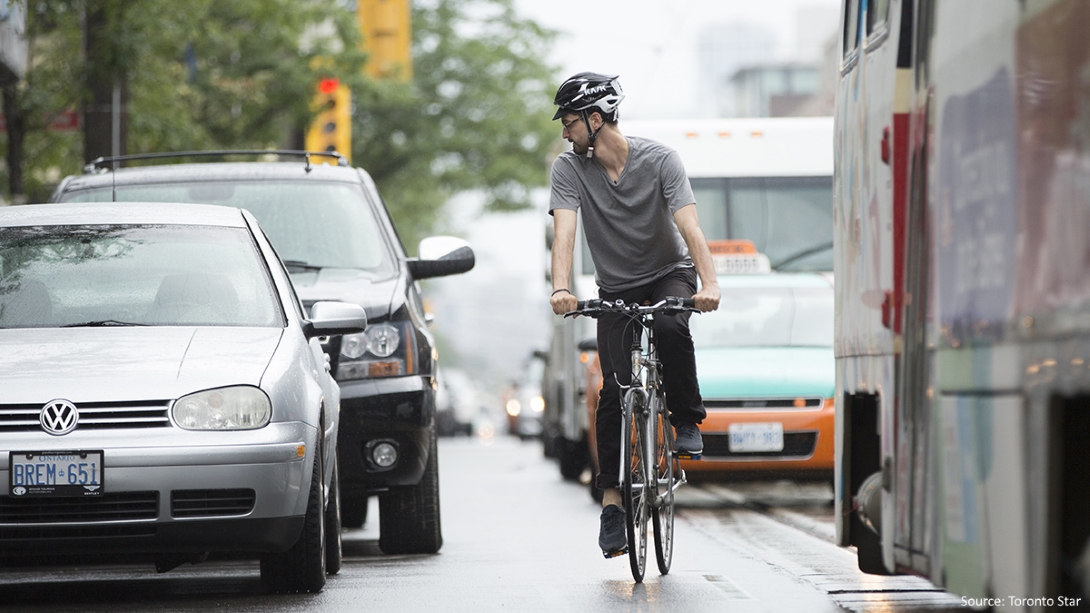 With cycling gaining popularity in the country, we are now seeing more cycles and cyclists on the road at varying times of the day. Cycling to work, school and college has become more popular now than it used to be. As drivers, behind the wheel of a car or riding motorbikes, it is in your hands to a certain extent to ensure the safety of cyclists and follow a few simple points of etiquette when around cyclists.

While riding a cycle down a busy road, more often than not, one encounters a vehicle that has whooshed past a little too close or a vehicle tailing the cycle - unsure of whether to pass or not (we know this because we don’t have a support vehicle tailing us, for sure). As drivers, it is up to you to take a smart call on whether to drive alongside a cyclist, or to overtake them. As a general rule, it is suggested that the minimum space you keep between your vehicle and the cyclist is adequate enough in case they were to fall towards your vehicle. Maintain this space at all times, even when overtaking them and especially when riding alongside.

I know that most Indian roads aren’t built with enough space to follow these guidelines to the T. So, if you are in a congested area, leave enough space for the cyclist to put his/her feet on the road and/or dismount the cycle at any given point.

LOOK BEFORE OPENING YOUR DOORS

While cyclists bashing into opening doors makes for extremely funny videos watched by thousands, it is not a pleasant event for both the cyclist and the car owner. Develop the habit to look behind before you open your car doors so that you can avoid an unpleasant crash - that could hurt the cyclist as well as cause unnecessary damage to your vehicle.

KEEP YOUR EYES AND MIND ON THE ROAD

Though talking on the phone while driving is banned by law in the country, many of us have found a way around it. Simple, use a hands free headset and continue that conversation on the road. While doing this may leave your hands free, your mind is still not 100% on the road and this could cause accidents. India is known for pedestrians and cyclists crossing the road abruptly. If you aren’t fully concentrating while riding, you could end up hitting someone.

If you get a text message, ignore it till you are parked at your destination.

Sitting on one’s horn, especially in traffic bound areas has become an act of normalcy. However, be mindful that while you are in a car, the effect of a horn is considerably reduced. This is not the case for cyclists, motorists and pedestrians on the road, who are affected by many cars, all honking at once.

You may have been caused to abruptly swerve or brake because of a cyclist who cut into your lane, or swerved in front of you. Avoid getting angered by this and cursing at them. It is natural to assume the worst about fellow road users, but the most likely reason that they cut into your path was to avoid something on theirs. You screaming at them will do the other person less harm than it does to you.

BE VIGILANT AT TURNS AND JUNCTIONS

In India, many cyclists tend to jump red signals and cycle on. So when you are driving on a road frequented by cyclists, and approaching a junction or a signal, be extra vigilant just incase someone catches you off-guard.

Sharing the road is a concept to fully understand. It doesn’t matter what vehicle you drive or ride, or how big it is. Following basic road etiquette is a must for all - be it a cyclist, motorist, car driver or bus driver. Being a safe and vigilant road user helps avoid mishaps and accidents caused by carelessness.