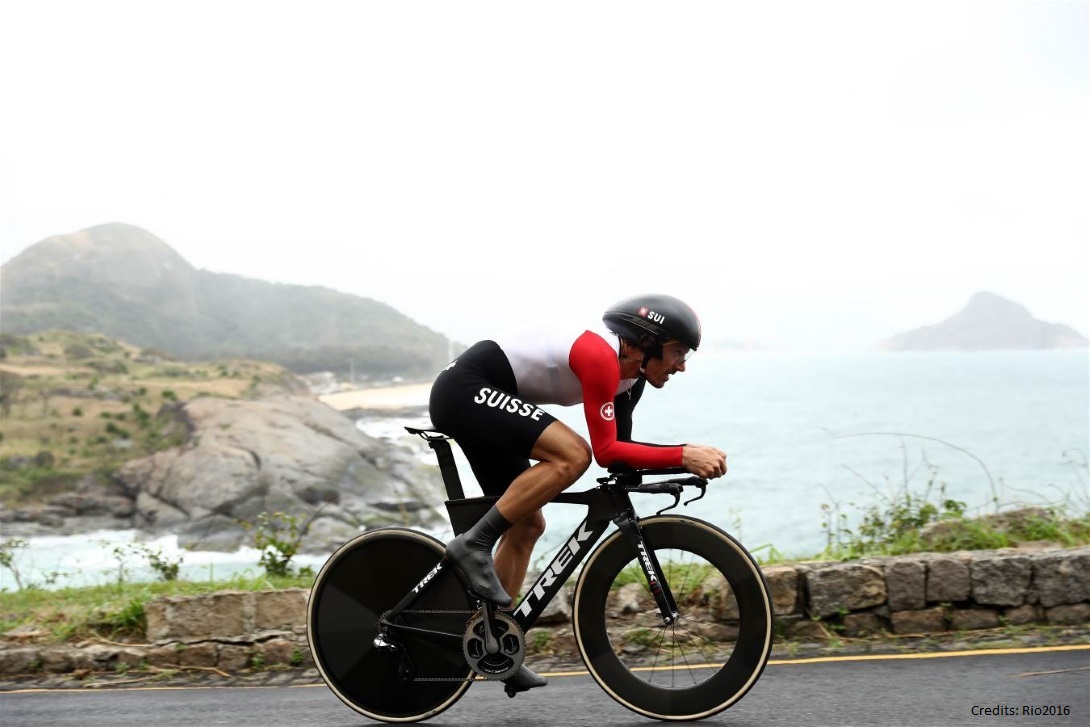 The second cycling event of the 2016 Rio Olympics is the Individual Time Trial event, which was held on Wednesday 10th August.

Fabian Cancellara from Switzerland clinched the gold medal with a masterful display of speed and skill. Tom Doumlin and Chris Froome won Silver and Bronze medals respectively for Netherlands and Great Britain. The 2016 Tour de France winner Chris Froome was a strong favourite to win gold this year but couldn’t manage to do so. However, the Briton was satisfied with his performance as he felt that he did his best despite the bad weather.Heavy rain was pouring down on the riders during race day which made it all the more trickier to navigate the slippery downhill section of the course. The downhill stretch has gained some notoriety due to successive crashes during the Road Race event held on Saturday and Sunday. Cancellara was the best amongst the trio (Cancellara, Doumlin and Froom) at navigating through this descent.Cancellara finished the course in 1 hour, 12 minutes and 15.42 seconds, finishing 47.41 seconds ahead of Silver Medallist Tom Doumlin and 2.12 minutes ahead of Bronze Medallist Chris Froome.

The Women’s Time Trial was held on the same day as the Men’s event. American Kristin Armstrong won her third successive gold medal with a terrific display to beat Russian Silver Medallist Olga Zabelinskaya by 5.55 seconds. The American came out of retirement to have another crack at Gold at Rio. Zabelinskaya returned to the grand stage after serving a ban last year after being found guilty of doping. Anna van der Breggen, who won the gold for Netherlands during the road race and clinched yet another medal for her country by winning bronze at the TT.The bad weather made it very difficult for the riders to corner on the wet road. Some riders were also affected by the crosswinds on this hilly 29.7 km course. With this victory, Kristin Armstrong became the first cyclist to win three Olympic titles in the same discipline.