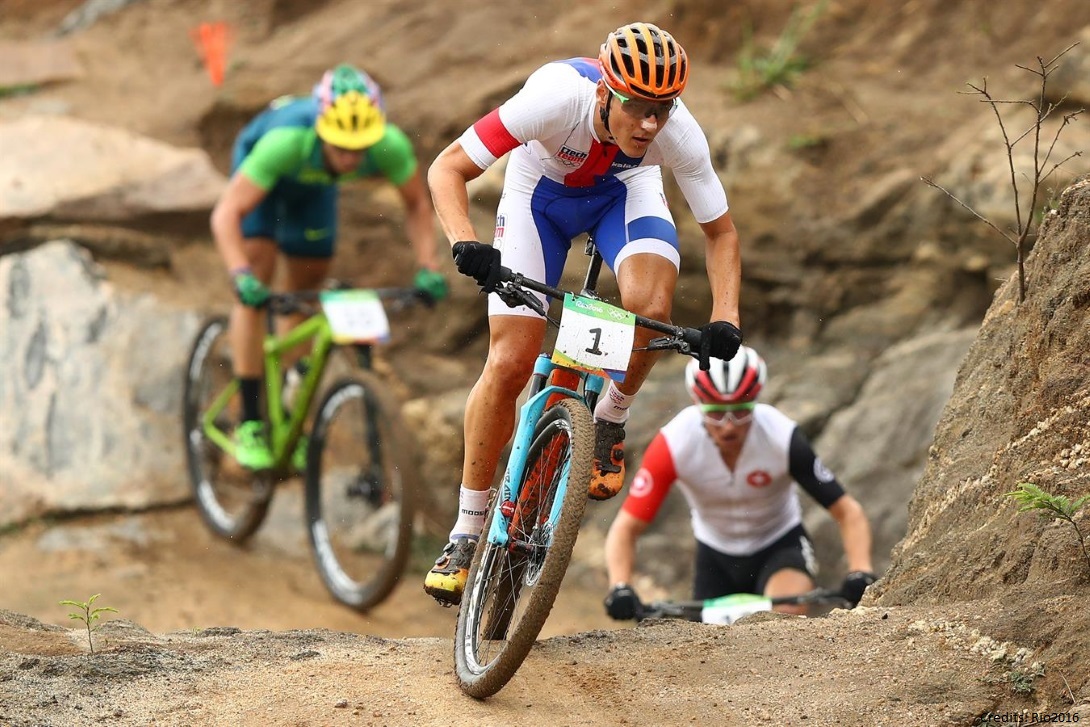 The Mountain Bike or Cross Country event is a straightforward trail race in which the first person to cross the gruelling trail wins the Gold Medal. The bumpy and unforgiving terrain will test the rider’s technical skill and mental endurance. Generally, the race distance is not specified. However, the target finish time is between 1 hour 25 minutes and 1 hour 40 minutes. The Number of laps will only be decided on the day before the event as the event officials have to take weather and track conditions into consideration.

The Women’s Cross Country race was held on Saturday, the 20th of August. Jenny Rissveds of Sweden won the Gold Medal after putting on an impressive show of skill and speed. The Swede beat Maia Wloszczowka of Poland by finishing the race in 1:30:15. Wloszczowka won the Silver Medal after finishing in 37 seconds behind Rissveds. Catharine Pendrel of Canada finished third to take the Bronze Medal.Rissveds and Wloszczowska were at the front of the pack for much of the race, before the former pulled clear of the latter in the final lap. Rissveds won the second Gold Medal for Sweden at the Rio Olympics. The Swede suffered from an elbow injury and illness this year before returning to training in March. Defending world champion Annika Langvad of Denmark had a forgettable experience after finishing in 11th place.

The Men’s Cross Country race was held the next day on the 21st of August. Nino Schurter of Switzerland won the Gold after finishing the race in 1:33:28. Schurter was closely followed by Jaroslav Kulhavy (1:34:18) from Czech Republic, who won the Silver Medal. Carlos Coloma Nicolas of Spain won the Bronze Medal after finishing in 1:34:51.Schurter was neck to neck with defending champion Jaroslav Kulhavy until midway through the fifth lap before racing ahead in the final five kilometres. Frenchman Julien Absalon was amongst the favourites to win the cross country this year but ended up finishing in 8th position. Peter Sagan was also a favourite but his Olympic dream was shattered by an unfortunate flat tire at the beginning of the second lap.