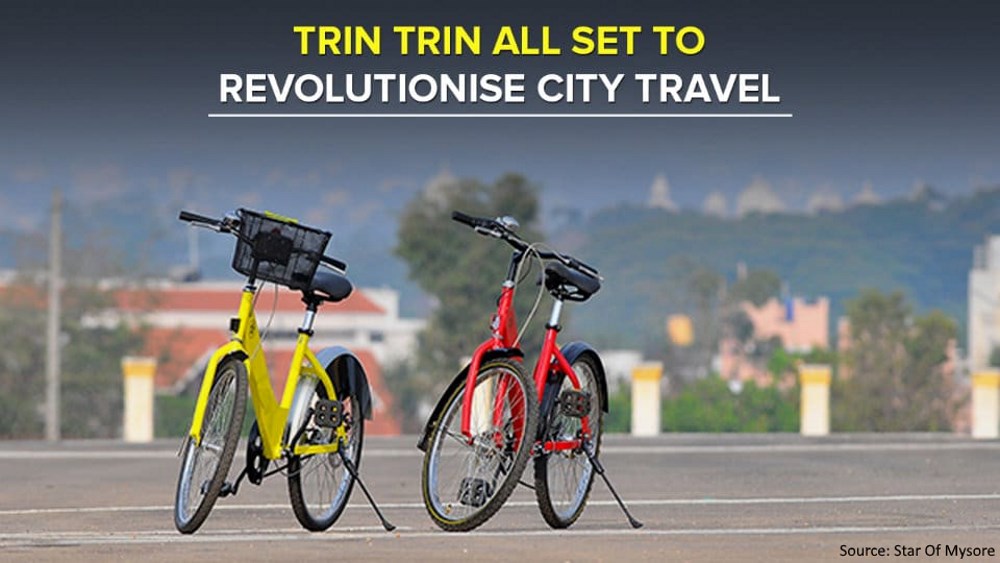 Chief Minister Siddaramaiah flagged off the intitaitve at a function to held at Hardinge Circle also known as Sri Jayachamarajendra Wadiyar Circle in the city, where one of the 45 docking stations spread across the city is situated. A video was also released which will be help the public get educated about the whole process of taking a bicycle from the docking station. This is being done as all docking stations are aimed to be unmanned with only CCTV for security which will monitored in the control centre in Jayanagar. 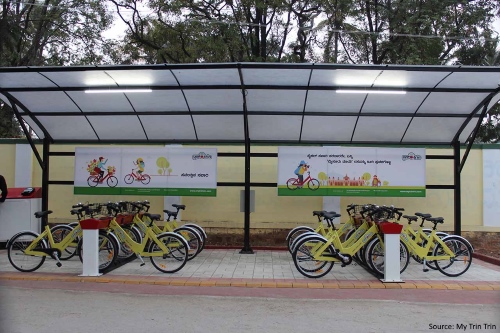 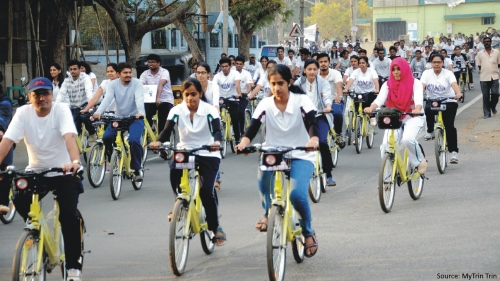 Approximately 450 bicycles will be available to the public with a deposit of Rs.350 in which Rs.250 is refundable. These bicycles are free for the first hour and then Rs.5 for 2 hours and Rs.10 for 3 hours and so on. This single speed bicycle comes with a step through frame and a basket in front. The yellow coloured bicycle will come with mudguards at the front and back and a cushioned saddle. Even though there have been a few similar public cycle sharing initiatives running in a few cities in India, the Trin Trin in Mysore seems like a well-planned system which is expected be a very useful for this already environment friendly city.