Home > World of cycling > Old is Gold
Back 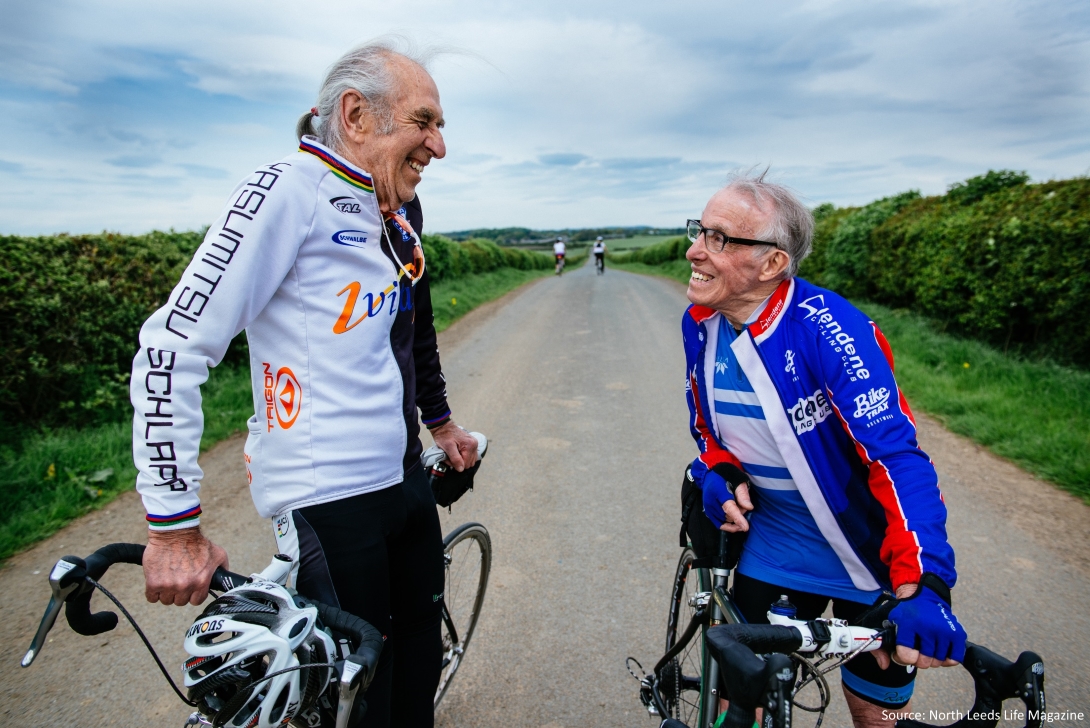 Like many things good, cycling too gets better with age. Sports often benefit the young. Most sports consider the ideal 'peak' age for performance to be early 20's to mid 30's, and great performance by people over this age becomes newsworthy. However, older cyclists have an edge over newbies – and here's why we think so.

When you have been on the saddle for most of your life, mishaps on the road such as flat tires, a chain slip or break etc. don't frazzle you. Being an experienced rider who has probably encountered several 'bumps' on the road, you know how to evaluate the situation, fix it and move on without wasting time.

With the passing of time, you've realized it's worth. To you rides now become more about being aware of not just the 'cycle computer' on the handle bar, but also the smaller things that make a ride complete. Such as the sound your tires make on the road, sights around you, how you feel while on the saddle etc – and you appreciate it, every time!

Though, a decline in speed and power is unavoidable overtime, one can still ride hard and fast. Older cyclists who have been on the saddle a while and have trained hard at the sport know the importance of resting after hard rides to recover and stay strong.

MUSCLE MEMORY, FOR THE WIN

One fantastic aspect of the human body – muscle memory! As a veteran cyclist, you can hop right onto the saddle and ride a few hours straight without a doubt. At this point your experience with bicycling and the efficiency of your muscles is probably top notch. This owing to the fact that you have some serious mileage in your legs!

THE MORE THE MERRIER

If you are a regular rider and have been in a town for a while, you probably have built up a big group of regular riding buddies by now. Three is a crowd? Most certainly not, especially when it comes to cycling – the more the merrier!

With many cycling events being held across cities, you've likely met and grouped up with cyclists, and meet on a regular basis.

AGE IS JUST A NUMBER

It has been scientifically proven that cycling keeps you young, right down to your DNA!  Endurance-trained cyclists have longer telomeres—the protective end caps on your DNA strands than their peers who aren't active. In fact, their telomeres aren’t all that much shorter than their younger endurance-trained peers. That’s why people do a double take when you tell them your age…and that never gets old!

By now, you know what you want. You have tried out different bar widths, tires, wheel sizes, frame materials, saddles, types of bicycles etc. and you know what works best for you. You aren't closed-minded about new innovations, but are sure to be critical about them before latching on to the 'next big thing' – and that's a major plus of being a veteran rider!

It is known that leg blood flow in middle-aged athletes is around 10 to 15 per cent lower than in younger athletes. However, research has shown that this reduction might be compensated by an increased ability to extract oxygen at the muscle site. And while your heart can’t pump as fast, it can maintain stroke volume by increasing cardiac filling. Which basically means that you’re getting the same quantity of oxygen delivered to the muscles as you did when you were younger, but in a different way!

Older athletes may also have greater fatigue resistance. Consistent and regular training does seem to provide fitness benefits which can continue well into the fifties, which can counter the inevitable decline in muscle mass with age.

Being an older cyclist has major plus points that should make you feel like a ruler on the road. Let age not be anything else, but a simple number. No matter what your age is – get on that saddle and pedal. Pedal fast, pedal slowly – no matter, as long as you enjoy yourself whilst on the saddle.