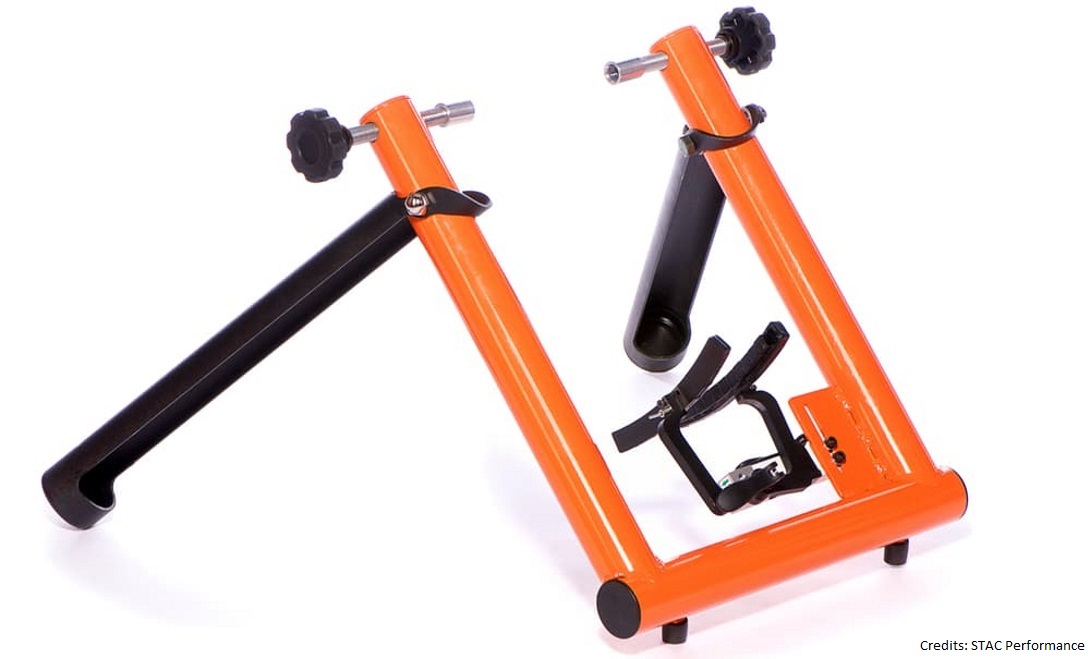 A Bicycle trainer is a device that allows a cyclist to ride his/her bike while stationary and is mostly used for training or for warm-up before a race. Most trainers require the rider to place the rear tire of the bicycle on a roller. As a result, the tire tends to wear down quickly and also creates undesirable noise. In order to address these drawbacks, STAC Performance, a Canadian Company, has developed a new no-contact bicycle trainer called the STAC Zero. The STAC Zero does not use rollers to create resistance, thereby keeping the tires intact.

The STAC Zero achieves zero contact resistance by utilizing Eddy currents. Eddy currents are loops of electric current produced due to the relative motion between a magnet and a conductor. The STAC Zero has both the components. The Conductor is the spinning Aluminium rim of the Bicycle and the magnets are located in two rows on callipers on either side of the bicycle rim. Eddy currents tend to resist the relative motion that induces it (Lenz’s law). As a result, the faster the wheel spins, the greater the resistance offered by the STAC Zero trainer.The trainer comes with a set of weights that are attached to the spokes of the rear wheel of the bicycle. This is to simulate a “road-like” feel to the pedalling, similar to spinning flywheels on conventional trainers. The main advantages of STAC Zero trainer are:

The main disadvantage is that it cannot be used on cycles equipped with carbon rims, which might put off serious racing enthusiasts. The STAC Zero has not yet been launched and is part of a Kickstarter campaign. The base model STAC Zero is expected to be priced at CAD$399 (Rs. 20,879) when it goes on sale.