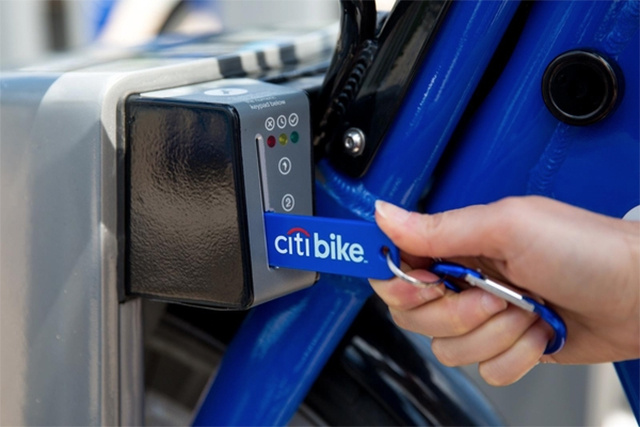 While the concept of bicycle sharing isnÛªt new to the world, Citi Bike is currently the biggest in any city in the United States of America. Ahead of Chicago (4000 bicycles), it comprises of 6000 bicycles and over 500 docking stations. The system is a little similar to what Barclays is doing in London and the Bicycle Sharing system in Bengaluru that was started last year.

As you might have already figured, Citibank is responsible for Citi Bike, which is funded by a scholarship of $41 Million. åÊThe system was built and designed by Û÷BixiÛª a company that has been responsible for creating this kind of infrastructure in numerous cities since 2009.

As far as the bicycles are concerned, they come equipped with a 3 speed gear train, dual lever hub brakes, anti-splash mudguards and more. They even come fitted with a carrier on the front if there's ever a need.

To make the system user friendly, there is also a Citi Bike app that gives you details about which docking stations are vacant and which ones have cycles available. Each docking station also has a touchscreen kiosk with maps and route suggestions. Like the other rental systems, you will need a smart card to use this service. Only citizens above the age of 16 can make use of this facility.

For more information, you can check out the Citi Bike website