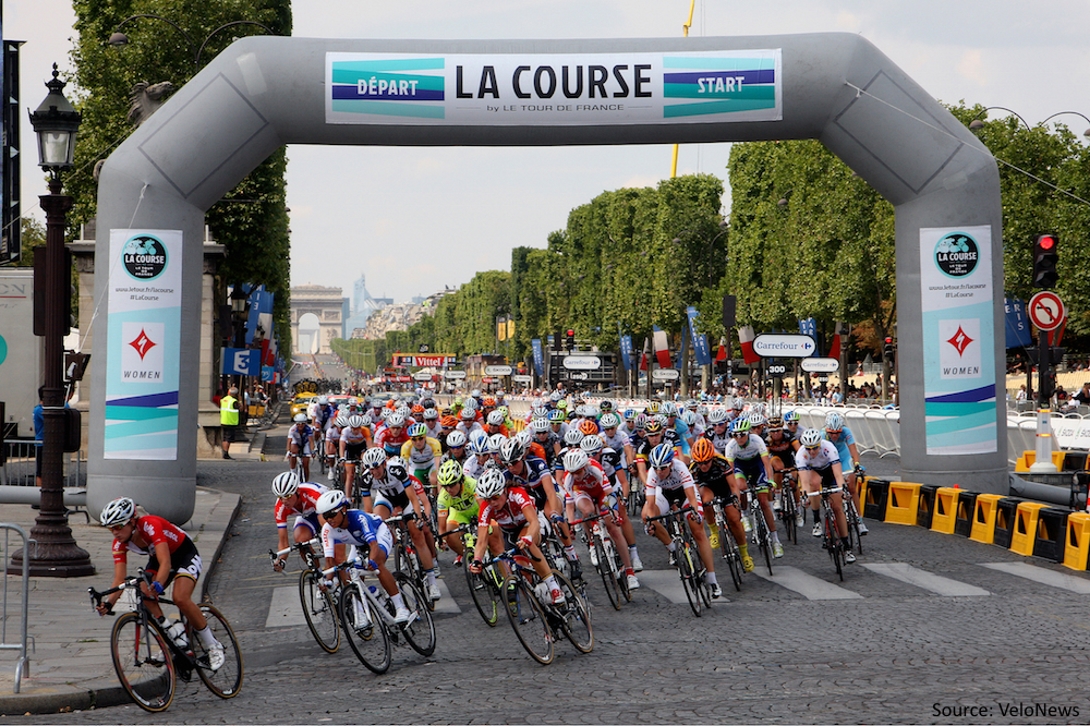 What is La Course?

La Course by Le Tour De France is a one day road cycle race exclusively for women cyclists. It is held in Paris, France. It is a segment of the UCI women's world tour which is an annual women's elite road cycling tour. The race comprises of 13 laps on a 6.85 km circuit on the Champs Ellyses. What makes this exciting is not the course in itself, but the fact that the Champs Elysses is closed to traffic for the entire duration of the race which additionally draws a great deal of fanfare. The ambience in the area, the people gathered to cheer on the riders, the media and coverage is what adds to the overall excitement of this segment of Le Tour De France.

The course of La Course

La Course has been conducted as a part of Le Tour De France since 2014. It is only this year that La Course has been part of the UCI Women's tour. The first version of this race was conducted before the 21st segment of the Tour De France in 2014.This race was won by Marianne Vos in 2014 and Anna Van der Breggen in 2015. Both these riders are from Netherlands and are part of the Rabo-Liv team.

La Course 2016 was held on the 24th of July. The race started at 16.45 hrs IST and went on for little more than two hours on the Champs Elysses. Twenty one teams competed in this edition of La Course. The French national team was added in addition to the Top 20 Women World Tour teams, forming a peloton of 126 riders in all.Australia's Chloe Hosking beat Lotta Lepisto and Marianne Vos in a sprint finish on the race along the Champs-Elysses that saw several crashes in the closing stages. Team Wiggle High5's Chloe finished with an overall time of 2hrs 1minute and 27 seconds. Nina Kessler from Team Lensworld - Zannata finished the race with the Green Jersey.