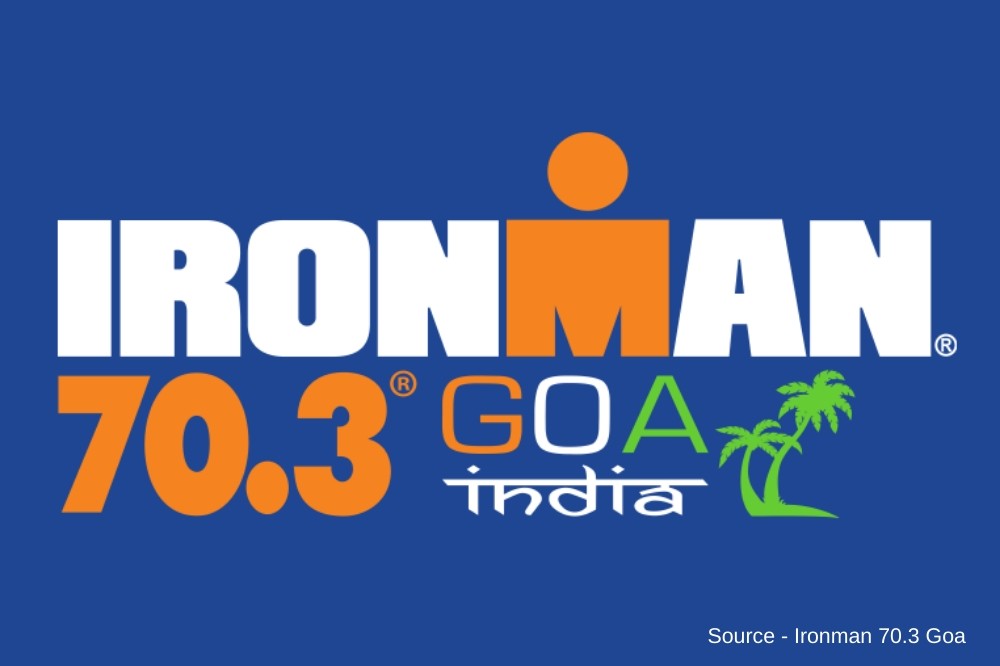 India's first-ever Ironman 70.3 triathlon was held in Goa, on the 20th of October this year. The race was an official qualifier for the Ironman 70.3 World Championship 2020 in Taupo, New Zealand, with 60 spots up for grabs. There were over a 1,000 participants who registered for the race which included a large number of international participants.

The race kicked off at Miramar beach and involved a 1.9km open water swim in the ocean, followed by a 90km cycling route that weaved through Panjim City that had participants riding along the Mandovi river causeway, and ended with a 21 km run with the finish-line back on the scenic Miramar Beach. 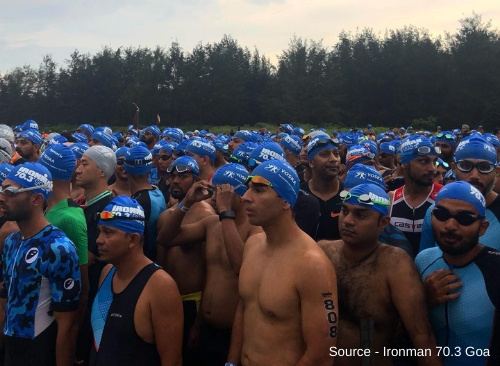 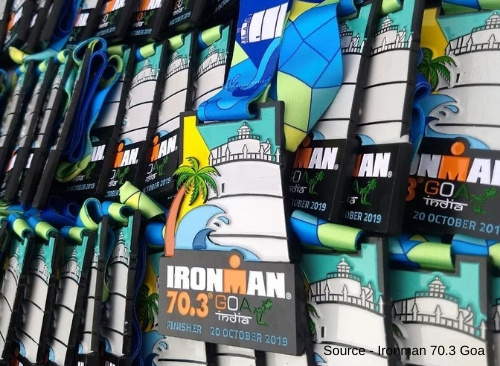 The triathlon ended on an extremely positive and proud note for the country, with Indian athletes claiming the overall first, second and third places, in the men’s category. Bishworjit Saikhom, a 27-year-old athlete from Manipur emerged victorious with a total time of 04:42:44. He was closely followed by Nihal Baig and Mahesh Lourembam, a school-teacher from Manipur. The first woman to cross the finish line was hardly a surprise - six-time Ironman World Championships winner Natascha Badmann crossed the finish line an hour ahead of Puvini Kahandawala who placed second with a time of 05:18:49. The relay race - a segment where in each section is completed by a different athlete from the same team, was won by 'The Juggernauts,' a father-son duo team comprising of Yashish and Adit Dahiya, and their coach Pankkaj Dhiman.

Swiss athlete Pablo Erat, a favourite in the men's race managed a fourth-place finish, behind the three Indians. Saikhom impressed spectators as he fought his way back from behind to earn the top spot with an impressive performance in the running portion of the race. Swiss Veteran Natascha Badmann rated the course as one of the toughest she's faced, predominantly citing the choppy waters of post-monsoon Goa to be the most taxing section of the race. 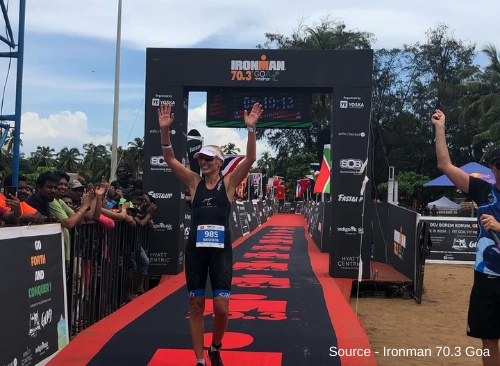 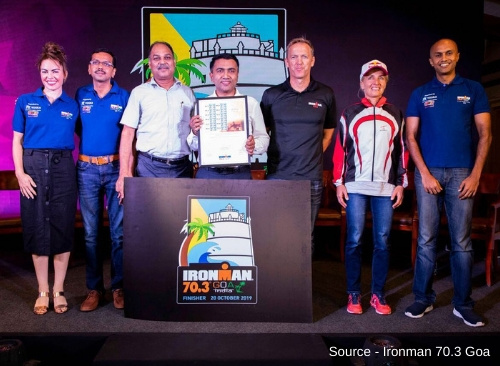 A few days prior to the even the CM of Goa released a special commemorative Ironman 70.3 Goa postal stamp. This India Post issued stamp was the first occasion in the IRONMAN history where a country’s Postal department has displayed such support. This stamp was given to every person who participated in the race.

With close to 15 local triathlons being organized in the country, there seems to be a rise in demand for this super-challenging endurance race format. The introduction of the IRONMAN 70.3 Goa is sure to provide the rapidly-growing Triathlete community of the country a great opportunity to race at home and this will ensure that aspiring athletes are given an opportunity to shine in years to come.