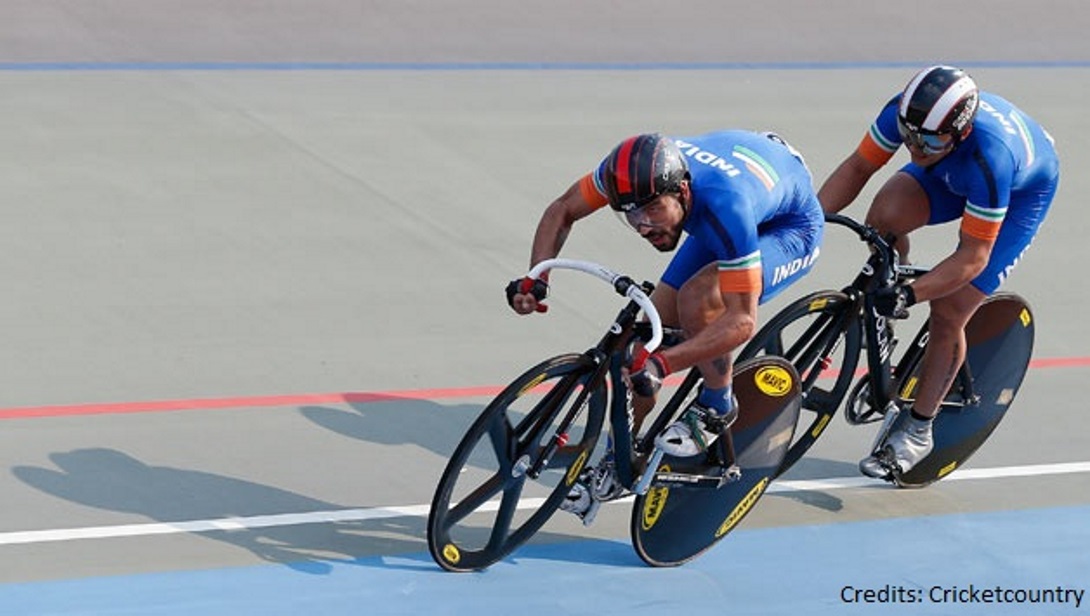 The Indian Junior Cycling team has achieved an historic feat by climbing to the number one spot in the team sprint event as revealed by Union Cycliste Internationale(UCI)-the governing body responsible for international cycling events. The UCI periodically refreshes the rankings based on recent performances every three months. The Indian team has jumped up the rankings from 11th place to the first place with a total of 1012.5 points.

Team India edged out Team Poland and Team South Korea who were placed second and third respectively in the rankings table. Team Poland stood at 960 points and Team South Korea stood at 900 points. When the Cycling Federation of India(CFI) started to function properly back in 2013, the Junior team occupied the 149th spot in the overall rankings. To go from there to the first spot in 3 years is a great achievement indeed.

Out of the members in the Indian Junior team, there were few who achieved Individual Honours as well. Sanuraj, a member of the Indian team, was amongst the top 10 riders in the "Keirin" event. It was not just the men who were shining after the recent rankings release. The women’s junior team also showed good improvement by occupying the 8th spot in the world rankings. Team member Anu Chotia is amongst the top 20 in the world. In the senior team, veteran Andaman and Nicobar Islands rider Deborah Herold occupies the 6th position in the world rankings.

General Secretary of the Cycling Federation of India Onkar Singh expressed his disappointment at not making it to the Rio Olympics this year. However, the he is confident that the team will win a medal at the 2020 Olympic Games held in Tokyo. Hopefully, this achievement will pave the way for more infrastructure development for professional cycling in India.