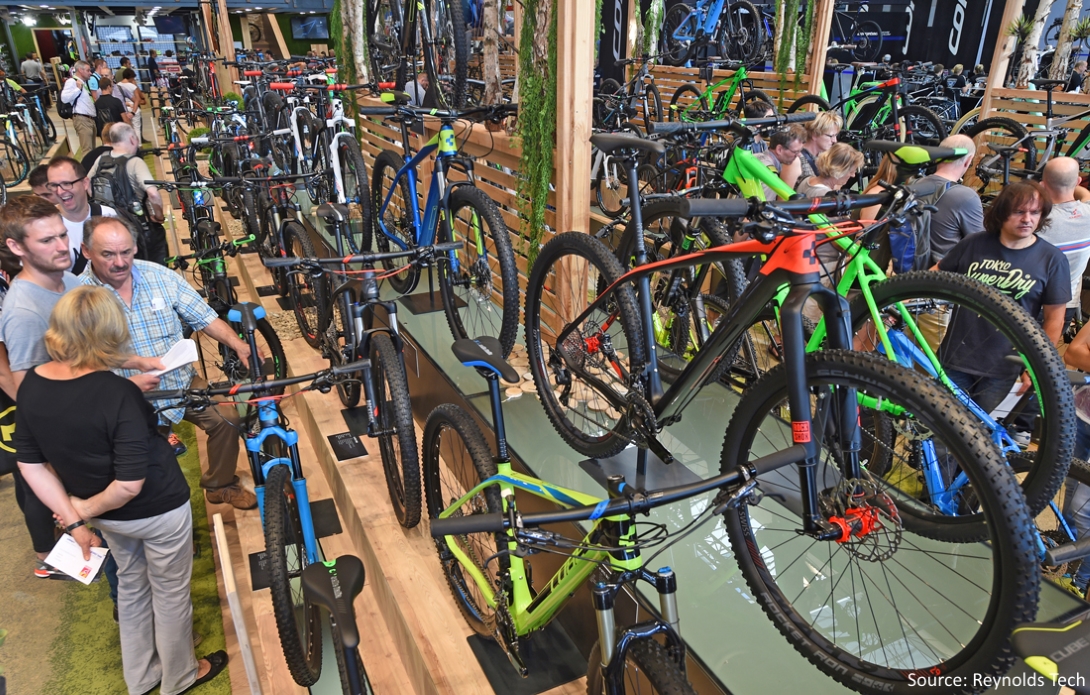 Shimano, a leading name in the cycling world has come out with some exciting, new releases.

They have revealed the latest versions of their Dura­Ace mechanical and electrical road groupsets. The groups boast a number of firsts for Shimano on the road side of things, such as the options of an integrated power meter, hydraulic disc braking and the migration of Shimano’s clever synchronized shifting technology. For the first time, Dura­Ace is available with dedicated hydraulic disc braking as an option. Shimano said, “the discs add an extra element of control and confidence to brake performance in tough weather conditions".

The Dura­Ace 9100 brings three new wheels with a choice of 24mm, 40mm and 60mm rim depths. Different tubular, clincher and tubeless configurations of carbon and carbon/alloy composite rims are to be offered with the choice of quick release or 12mm E-thru axles.

Shimano has introduced a new pair of Dura­Ace level SPD­SL pedals. The carbon PD- R9100s are said to be lighter than the previous generation Dura­Ace pedals. Shimano has called Dura­Ace 9100 the most advanced system of road­cycling components in it's 95­year history. The Shimano Dura­Ace 9100 will be available early 2017, and it's pricing is yet to be announced.

Shimano has lifted the lid on an updated version of the Pro Vibe handlebars and stem. It has been designed with slots for internal cable routing and an integrated crash damage- resistant material added. The handlebars have been developed to produce a sleeker cockpit setup, thereby reducing aerodynamic drag. The alloy stem has a narrow front profile and low­ profile top cap, plus reverse titanium bolts. For those who prefer electronic shifting, the new bars are compatible with the new Shimano Dura Ace 9100 Di2 junction boxes, which can be placed at the bar ends in place of a bar plug.

Shimano has released a new range of elite cycling shoes, branded s­phyre. The company boldly describes this range as “it's most advanced footwear collection". The aim of the eye-catching design is to maximize power transmission by delivering more performance per gram. Shimano designers say the shoes will minimize aerodynamic drag and refine efficiencies between the bike, footwear and rider. Featuring a one­ piece outer body, the top of the shoe is manufactured from a stretch - resistant and highly breathable microfiber synthetic leather. There are flexible, perforated vents that assist with a glove­ like fit according to Shimano. In a first for the company, these shoes feature replaceable heel pads. With a new out­sole construction technique there's less weight and a lower stack height of 3.2mm, resulting in improved stability and increased power transfer through the ultra­ rigid carbon sole. Not just for the roadies, there’s also an S­PHYRE mountain bike shoe with both designs suited for road, MTB and cyclocross racing.

Ridley has announced that their goals for 2017 include expanding their range of women-specific bikes, as well as the introduction of multiple disc platforms to improve on component specifications across the board, and improve on value for money. They have switched from Shimano's RS 500 chainset, to the new 4­arm FSA Gossamer which is as good a component, but much lighter. Their component partner, 4ZA, has introduced an entry­-mid level wheel – the RC23SL, which is an enormous 300g lighter than the RC31 which it is to replace. This will make a significant weight difference on Ridley's inexpensive models. In addition to this, changes and tweaks have been made to Ridley's existing bikes in order to release lighter and more efficient versions of them in 2017. These bikes include the Noah, Jane, Helium X, Helium SLX, Aura X, Helium SLA, Fenix SL and SL, Fenix SLA, and the women­ specific Liz SL.

This premium Italian bicycle brand has revealed a top of the line aerodynamic cycle – the Colango concept. This cycle joins the C60 and v1­r to complete the brands range of top-end racing bicycles. Colango made a point of saying that the Concept offers aero benefits for every one of its eight sizes. The most visible manifestation of this is at the seat stays, where the larger sizes have a slightly different seat tube profile near the tube junction and allows air to flow between the stays. The 2017 Colango Concept is a full­production, carbon aero bike with all the features you’d expect of a modern racer.

K­edge is well known for it's burly and secure cycling computer mounts. However, with the increased number of plastic mounts coming into the market, Garmin's mounts have been struggling from a price point­ of ­view. Until now. The new Garmin K­Edge sports mount, while providing a secure mount for one's cycling computer, is also priced comfortably – to meet it's competitor's competitive pricing. The new price point option doesn’t have the same combo­ mounting capabilities like K-Edge’s top ­of­ the­ line mounts, which secure both a computer and a camera or light attachment, but it offers two mounting positions — out front or flush with the top of the handlebar. Compatible with Garmin's 820, 520, 510, 500, 25, and 20, the new K­Edge fits on 31.8­millimeter bars and is safe for carbon bars.

Zipp’s newest disc brake offerings dropped this week with the introduction of its 303 tubeless Firecrest carbon clinchers and 202 tubular disc brake hoops. The 303 clinchers now have an internal rim width of 21 millimeters and the new rim shape smooths the transition from tire to rim when using wide road tires in the 25­28 millimeter range. Zipp’s 202 tubular disc brake wheels were engineered with cyclo­cross in mind, so they are more durable with greater impact resistance. Since the wheels don’t need a brake track like clinchers, engineers were able to focus on improving the wheels’ stiffness and aero performance while keeping the weight at a claimed 615 grams for the front and 715 grams for the rear.

With hundreds of brands being present and showcased at the Euro Bike Week 2016, we have picked and focused on releases by brands prominent in the Indian Cycling Market. From the looks of it, 2017 will be a big year in the cycling industry with lots more to come.