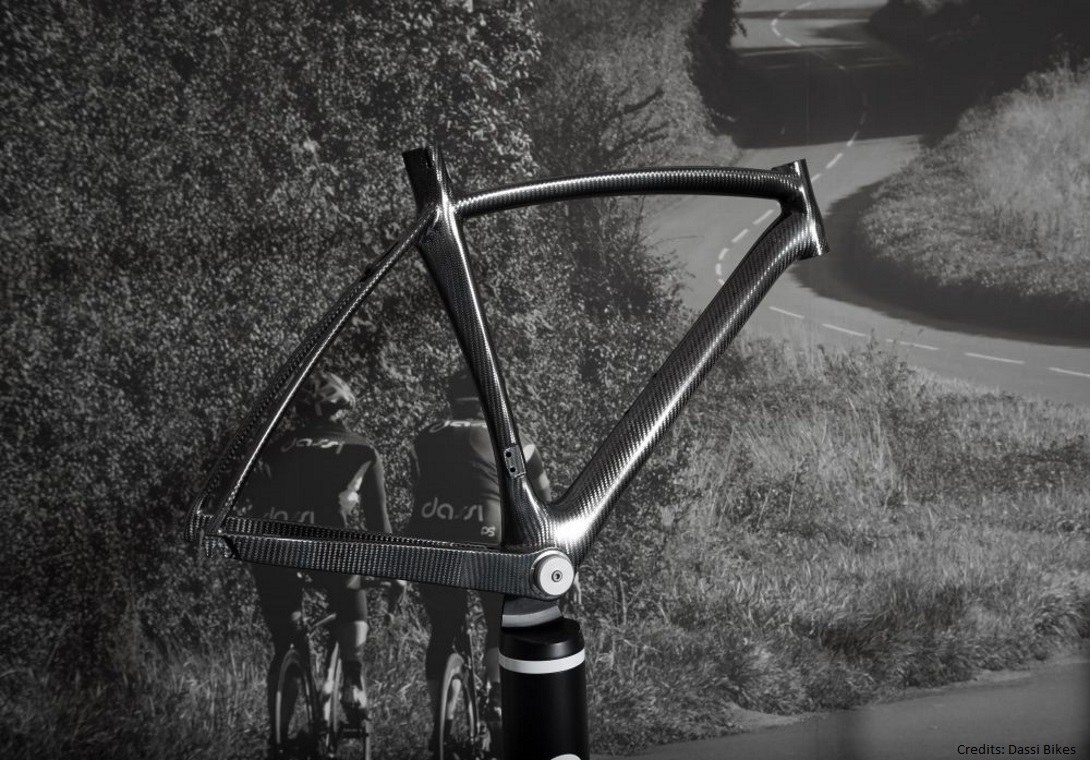 Although newer and newer technologies make their way into the cycling industry, it lags behind when it comes to ground breaking innovations, especially when compared to other Transportation Industries. That being said, a UK based bicycle manufacturer Dassi has unveiled a revolutionary new piece of technology-the world’s first bicycle frame built with Graphene.

Why the fuss about Graphene?

Graphene is a single layer of carbon atoms arranged in a planar hexagonal lattice. Many layers of Graphene form Graphite. Isolating a single layer of Graphite (ie Graphene) was first achieved in 2004 before which Graphene was purely theoretical.Graphene has huge potential in a variety of industries due to its desirable properties. The material is flexible, transparent, is lightweight, can conduct electricity and can filter water molecules. The material is almost 300 times as strong as steel at a molecular level. Graphene has potential applications in Aerospace, Automotive, Sports and Electronics industry.Graphene is also a very expensive material- It costs nearly Rs. 4500 to purchase 1 gram of the material.

Unveiled at Dassi’s headquarters in Hampshire, the frame weighs 750 grams. The company the claims that this weight can be brought to as low as 350g in the future with more Research and Development.It is necessary to clarify that the frame is not made of Graphene altogether but instead utilizes only 1% of Graphene and is layered with Carbon fibre. Due to limitations in current technology, the frames now have six layers of Graphene Composites on the inside and 1 layer of carbon fibre on the outside. However, with improvements in the layering process a much lighter frame can be made in the future.Other than the fact that the frame is lightweight, use of Graphene also adds excellent properties to the frame. The material imparts stiffness and flexibility to the frame. Dassi has plans to not only manufacture Graphene based frames but also Stems, seat posts etc.

Dassi claims that it will offer Graphene frames to their customers by the end of 2016. The company will offer a test frame which has sensors to collect data during test rides. Based on data collected which include acceleration, deceleration, frame-twist during cornering etc., the company will build a tailor made Graphene frame that will complement the customer’s riding style.