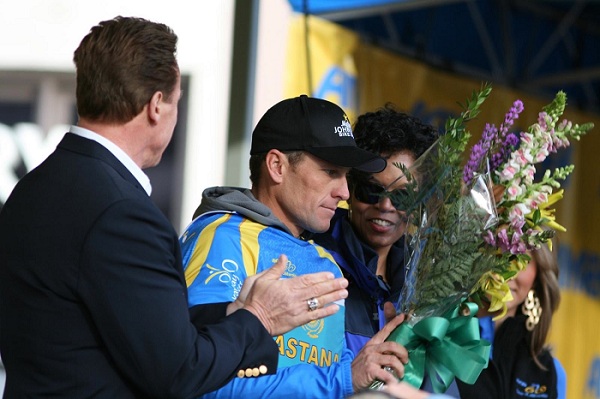 Cycling may no longer be a part of the Olympic programme if Lance Armstrong proves the International Cycling Union was involved in covering up a widespread doping scheme.

Earlier this week Lance Armstrong gave his first interview since the USADA (United States Anti Doping Agency) proved his cheating and stripped him of his titles and wins. The interview with Oprah Winfrey is set to air on Thursday in the United States and worldwide on http://www.oprah.com/own

Following this interview,åÊInternational Olympic Committee (IOC) member Dick Pound said " You have to wait to see to what degree he has admitted, to what degree he is prepared to help. Some of the press reports I've seen say he had a lot of help from high cycling officials and he is willing to tell all about that." As far as cycling at the Olympics is concerned, Pound went on to say "The IOC would have to deal with it, the (UCI) is not known for its strong actions to anti-doping. "It was the same in weightlifting a few years ago, all of a sudden when you get right up against it things go fuzzy and they say, 'well, we can't punish innocent athletes in these sports by dropping the sport from the program.'"