Home > World of cycling > Core Strength and Cycling
Back 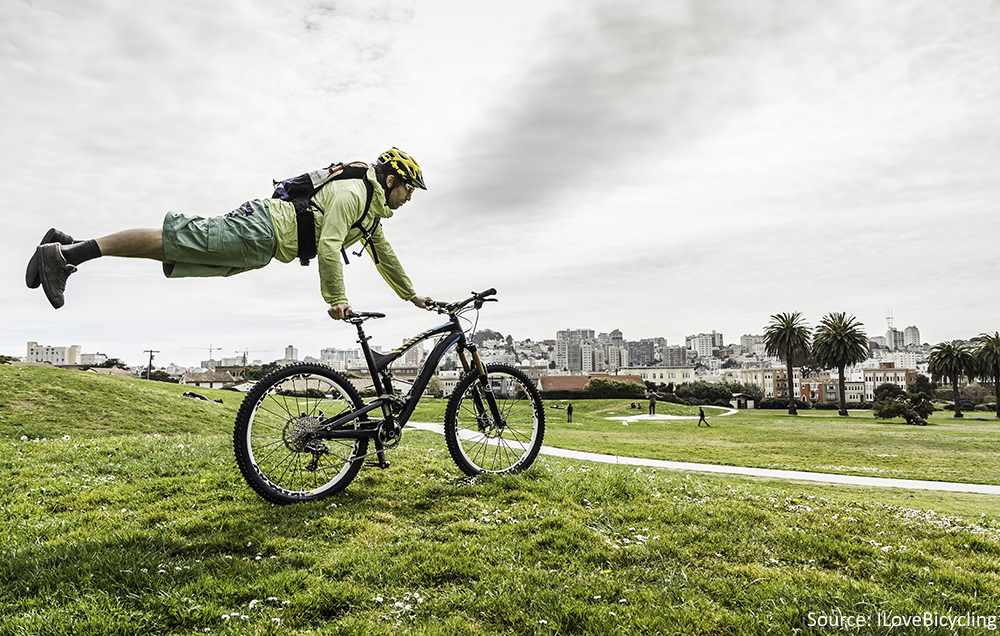 When it comes to athletes, be it runners, weightlifters or cyclists, Core Strength is an important aspect that drives performance. As a beginner, one may not realize the importance of a strong core and its correlation to being able to perform better while on the saddle, and hence strengthening one’s core is often neglected. Read on for the importance of core strength, and how it plays a role in one’s overall performance.

What is Core Strength?

By definition, Core Strength is the strength of the underlying muscles of the torso, which help determine posture. While many associate a strong core with well-defined abs, yes - six packs/ washboard abs, this isn’t always the case, one may have a super strong core, but not necessarily “sculpted abs”. ‘Core’ muscles are in fact more than just one’s abdominal muscles. Essentially, one’s Core starts at the hips and go all the way through the abs - along the spine, shoulders and neck. A strong Core will have effects on one’s balance, stability and posture. 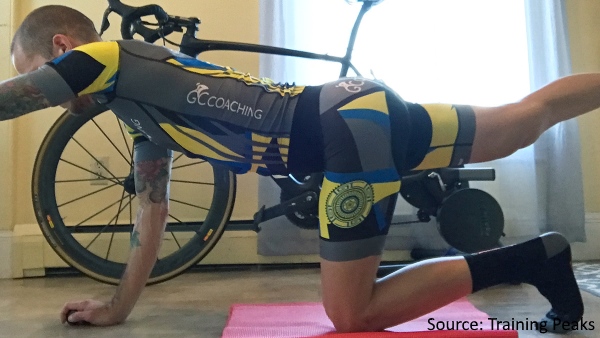 The importance of a Strong Core for Cyclists

While on the bicycle, the most obvious muscles used are ones legs and arms and thus while training, the core is often overlooked. However, a strong core helps with movement, stability and the ability to perform better. A strong core allows a cyclist to transfer more power through the legs and reduces the incidence of injury while improving your posture. Additionally, a strong core enables more controlled usage of your muscles when on a long bicycle ride, thereby improving your endurance while on the saddle for longer periods of time.

A strong core is vital to a strong pedal stroke. If the core is not strong and stable, one is more prone to early fatigue when on a ride, resulting in wasting energy by compensating and using smaller muscles individually to generate pedal strokes. This in turn makes the body move up and down and rock sideways while pedalling, thus using up extra energy while generating inefficient power - thereby putting a strain on one’s overall performance.

Benefits of a Strong Core

Finally, a stronger core ensures comfort while on the saddle by helping reduce strain on the back and in turn preventing lower back pain, when hunched over drop bars. Additionally, the stability and control one achieves from core strengthening allows more effective cornering and a more efficient pedal stroke. All of which are very important to any cyclist. Unfortunately, merely biking around won’t do much for one’s core muscles which is why they have to be worked out separately. 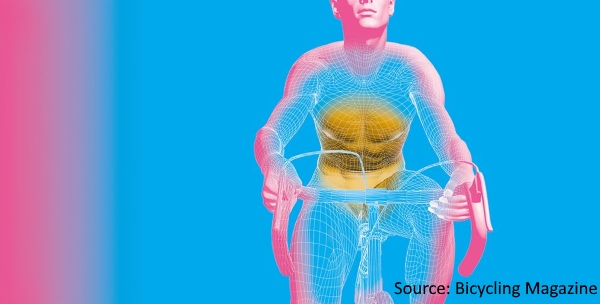 To conclude, a strong core is vital to enhance one’s overall performance on the saddle. A strong core does not equate to “six-pack abs”, however well-defined abs can be a result of a strong core. An ideal way to strengthen one’s core is to dedicate a few sessions a week that focus on strength training, specifically training that targets the core muscles.