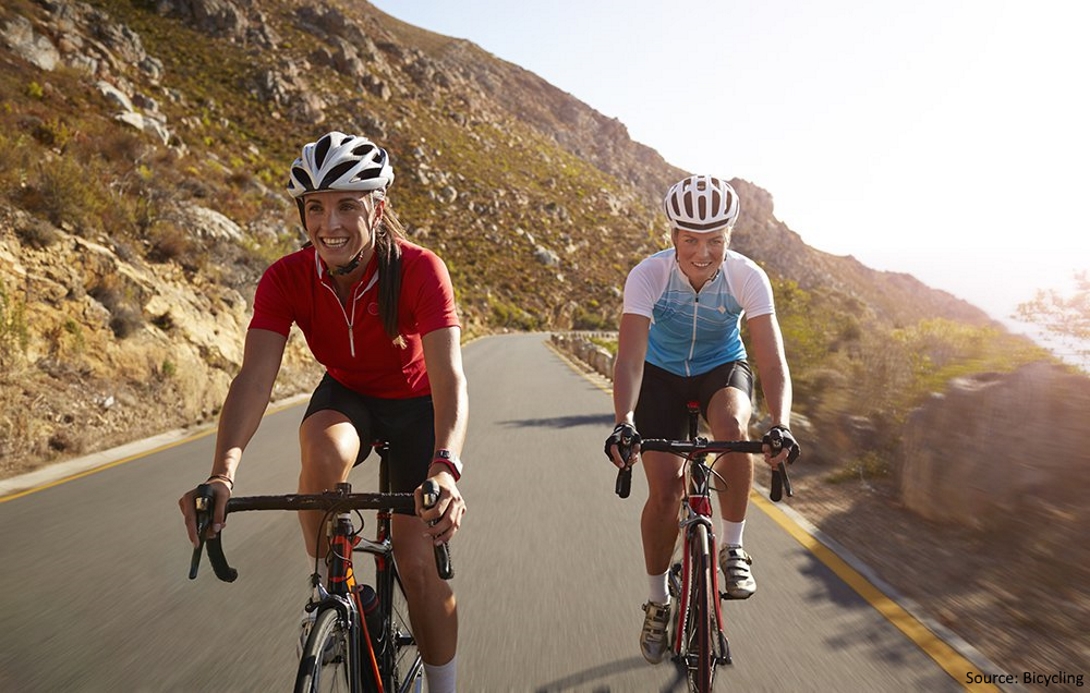 Cycling is growing in popularity among people of the country- be it as a form of exercise, commute or a hobby! The downside of this, is the wide spread range of myths that accompany this sport. Here are a few common cycling myths ÛÒ busted.

YOU GET BULKY THIGHS

A common misconception with cycling is that cyclists develop 'bulky' thighs or big thighs.

While it is true that you work your thigh muscles ÛÒ quads, most while cycling, they don't bulk up massively unless accompanied by frequent and extreme weight training.

CYCLING IS AN EXPENSIVE HOBBY

The price range of available cycles is such that it is affordable to a wide range of people.

YOU NEED TO BE SUPREMELY FIT TO CYCLE

Well, yes this is true- if you decide to hop on a bicycle and ride right into an expert's race!

Cycling can be used as a tool to build one's level of fitness, you don't necessarily have to be in top shape before you get atop a saddle. This is the best thing about cycling! If you aren't fit, start out at a slow pace, with a friend or even alone, and slowly see your fitness levels rise.

This is probably the most under stated myth about cycling. Road rules apply to everyone on the road, be it cyclists, people in vehicles or pedestrians. It is not okay to jump a red light, even if you are on your bicycle.åÊ You are putting yourself, and others, at risk by doing so.

It is imperative to follow road rules when you are on the saddle, the basic road rules such as following signals and road signs should be practiced regularly along with other road safety rules (and signaling) used by cyclists to ensure efficient rides.

Like any activity, cycling has risks. The risks involved in walking, cycling, and driving are broadly comparable, and when considered in terms of time spent doing that activity.

Cycling may pose a greater risk to people on longer tours, using highways (especially at night). However, it is not a dangerous activity provided you follow road rules and stay alert in areas that have fast-paced traffic. According to studies, more people die of coronary heart disease per year than of accidents. That makes being sedentary/ a couch potato more dangerous than cycling.

IT'S ALWAYS SWEAT AND HEAT

When it comes to using a cycle as a form of commute, especially to work, the most brought up fallacy is that cycling makes one sweaty and hot. Many office spaces do not have locker and shower rooms, so taking a shower after is not an option.

However, to break this myth, cycling doesn't necessarily have to result in sweating. If you pedal very hard and fast, you will undoubtedly sweat. However, if you treat cycling more like a stroll in the park as opposed to a run or jog, you will find that you don't sweat a drop. Cycle at a slow pace, pedaling easy and avoid wearing heavy jackets and sweaters while riding and you should be good to commute to work on two wheels ÛÒ sweat free!

CYCLING IS FOR MEN

This is a common notion, many women are intimidated by the notion that cycling is a man's activity. This myth may have been attributed to the fact that one generally sees many men riding in groups and training. However, this is not the cast at all. Cycling is a sport for all ÛÒ regardless of one's age or gender. There are a number of companies coming out with bicycles specially designed for women, in order to provide them with comfortable bicycles designed for their comfort. Many cycling groups aimed at promoting women on bicycles are rising in the country.

The first time you touch a proper road cycling saddle it can be shocking how little padding it has. But donÛªt despair. The amount of padding on the saddle has very little impact on your comfort. More important is the shape of the saddle and that it fits your anatomy and riding style. In general, narrower saddles are best if you ride in a low aggressive position, while wider saddles are better if youÛªre more upright, while women should go for a female-specific saddle.

It is easy to get drawn into fallacies and myths, and let them influence your thoughts, especially when it comes to cycling. However, remember that not everything one hears is necessarily true. It is always better to double check, or even triple check, anything you hear or read about before going by it.