Bicycle Anatomy 101: What you should know about Bicycle Frames

Home > World of cycling > Bicycle Anatomy 101: What you should know about Bicycle Frames
Back

Bicycle Anatomy 101: What you should know about Bicycle Frames 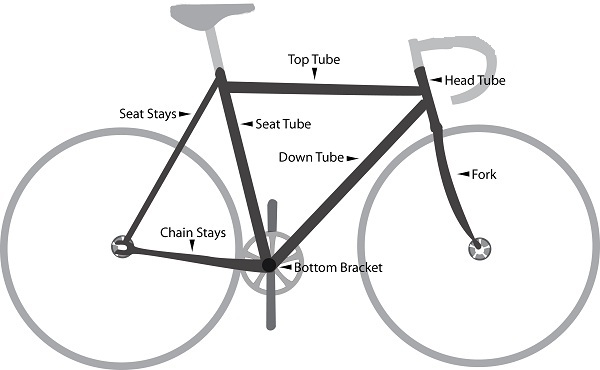 Frame-
They say the Frame of a bicycle is also called its skeleton of a bicycle. ItÌ¢åÛåªs the frame that holds all the other components of the bicycle together. In essence, it comprises of 7 vital parts. Namely Top Tube, Head Tube, Down Tube, Seat Tube, Chain Stay, Seat Stay and the Fork. However, in some cases the Fork is a separate component (like in the case of suspension forks).


The frame is commonly compared to a combination of triangles or the diamond frame. One triangle between the Top Tube, Seat Tube and Down Tube. And another between the Seat stays, Chain stays and the Seat Tube. Even though this is the most common type of frame available today, there are so many varieties namely Step-through, Folding, Tandem etc.


The material of the frame is one that is undergoing constant technological improvement. Ranging from steel and alloys of aluminium right up to Carbon, these are used to alter the weight and strength of the frames.


Below you will find all the measurements that need to be taken into account while buying a bicycle. Head on to our Choosing the Right Frame section for more details.

Fork-
The Fork is the part of a bicycle that holds the front wheel. Depending on what type of bicycle it is, the fork can either be a part of the frame or a standalone part. It comprises of two arms that hold the axle on which the front wheel rotates.


Shocks (or) Suspension-
Suspension or Shock Absorbers are basically fitted on the fork of the bicycle to provide additional comfort and protect the rider by dampening or absorbing shocks and vibrations due to rugged terrain. They also reduce the strain on the wheels during jumps and lands due to their spring like nature. They are seen mainly on Mountain bikes.