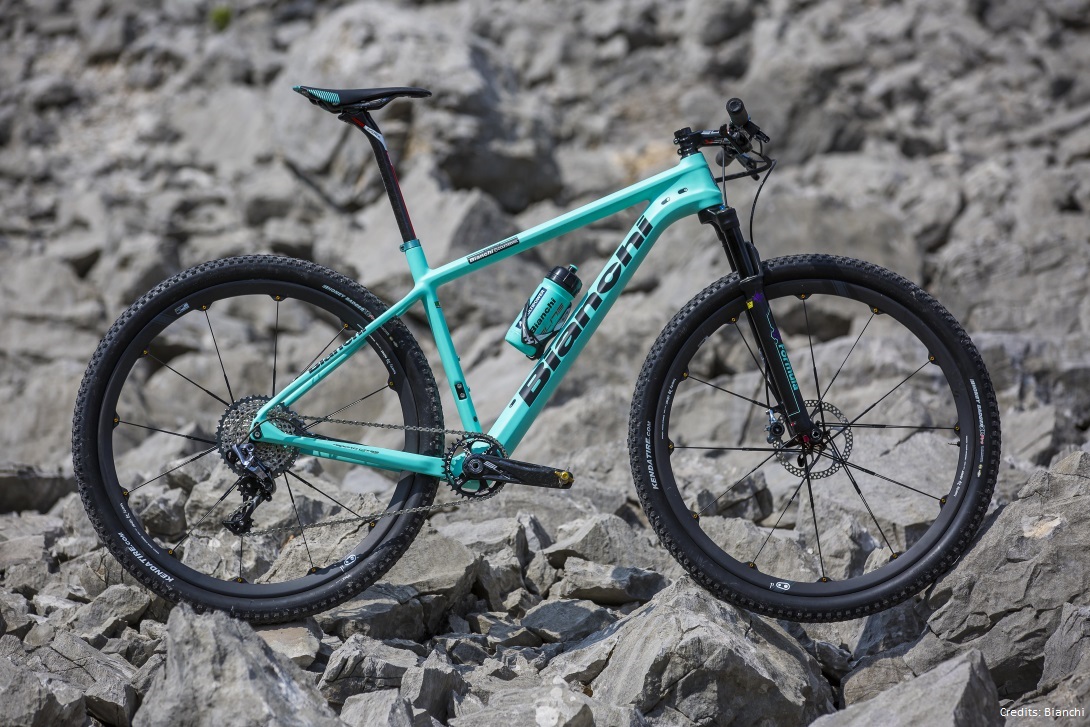 Italian cycling powerhouse Bianchi is the world’s oldest manufacturer of cycles. This marquee brand has always had the reputation of producing cutting edge bicycles for professional as well as casual use. Bianchi has now unveiled the Methanol CV-the company’s first ever cross country mountain bike that is equipped with Bianchi’s revolutionary Countervail technology. This vibration cancelling tech aims to deliver the best MTB experience.

The Countervail is essentially a Viscoelastic material developed by Material Science Corporation (a small company based out of Horsham, Pennsylvania) for NASA. This material is integrated into the carbon frames and forks used in the company’s Bicycles. The Countervail tech is already used in Bianchi’s road bicycles namely, the Specialissima, the Infinito CV and the Aquila CV.

The purpose of the Countervail technology is to eliminate vibrations that pass through the suspension after impact and from trail buzz. Bianchi calls this “After Shock Control” and claims that this creates a whole new level of ride quality. The reduced vibrations will in turn improve control and reduce rider fatigue. With the Countervail Technology, Bianchi claims that the Methanol CV will be the fastest and most composed MTB ever created. The Countervail Technology is said to cancel 80% of all vibrations, while at the same time increasing stiffness and strength of the carbon frames.

To prove its capability, the Bianchi Methanol CV will make its debut in Albstadt,  Germany, in the XCO World Cup Round 2. The cycle will be ridden by Bianchi Countervail’s Stephane Tempier, Gerhard Kerschbaumer and Jan Vastl.