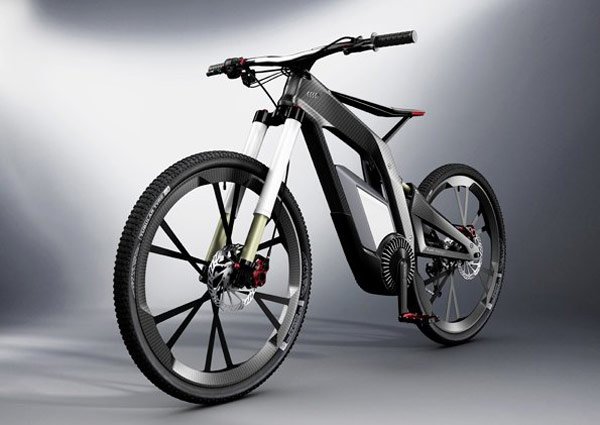 We're no stranger to e-bikes here, but most of the examples we've seen so far have very much been meant for A-to-B rides. Audi's aiming to fix that with its e-bike WÌ¦rthersee prototype. The carbon fiber transport not only has a strong 2.3kW motor -- the most powerful ever in a bike, so says Audi -- but can use that power for tricks. You can flick the WÌ¦rthersee into a wheelie mode and either shift your weight around or leave it fully automatic, depending on the fierceness of your stunt skills. Not that it'll be a timid ride if you prefer to keep both wheels on the ground, as a motor-assisted pedaling mode will take you up to 50MPH, and you can still ride at 31MPH if you're not keen on using your legs. That's faster than the already speedy Grace One City we tried, folks.åÊ
åÊ

"The vorsprung durch technik also comes through a smartphone tie-in, although in a much more stunt-savvy way than the app- and tuning-focused Ford E-Bike Concept: it tracks video and trick runs, both for its own game system and for bragging rights on Facebook."