5 Benefits of cycling apart from the workout

When you decide to ride out with a friend or group of friends, youÌ¢åÛåªre sure to bond and connect a lot more than any other sport. Apart from just helping to create conversation between the cyclists, cycling also creates opportunity to help one another. This further builds relationships between riders.

A recent article in the Economist called Cycling the new Golf as modern professionals are starting to prefer it as a way of getting to know colleagues or peers. One of the main reasons for this preference is because cycling is much less competitive when compared to Golf.

There are few things better than the fresh outdoors. If you find the right place to cycle away from the constant madness (noise and dust) of the city, thereÌ¢åÛåªs just nothing like it. It gives your body a good solid dose of nature the way itÌ¢åÛåªs meant to be. Based on your cadence, your breathing can be heavy or light and either way you can rest assured that your body is taking in pure unadulterated fresh air. 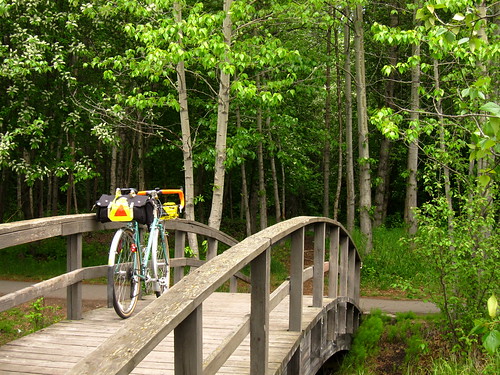 This is particularly helpful if you're the type that sits indoors for most of their time. You owe your body better than recirculated air.

The amount of damage that stress does to oneÌ¢åÛåªs health is grossly underrated. It can affect your blood pressure, lowers immunity and even makes you prone to heart disease. Numerous studies have shown that cycling can help lower stress by considerable amounts if it is included in your day to day routine.

As your focus will be on your pedalling and balance, it helps take your mind off of other things that might be keeping you at unrest.

This oneÌ¢åÛåªs quite obvious. It takes you from point A to point B. For free. And a cycle does it much faster than when youÌ¢åÛåªre driving a car in peak hour traffic. You almost never have to worry about parking either. Just lock it up to a pole or fence or if itÌ¢åÛåªs a light bicycle, you could even carry it in to wherever you're going. There's even this pretty cool innovative bicycle lock invented by the Germans.

There's no question of fuel. The only engine thatÌ¢åÛåªs running the machine is you. Fuel up on some liquids and carbs and just hit the road.

See the world as it is

ItÌ¢åÛåªs just you, your bicycle and the great outdoors. ThereÌ¢åÛåªs nothing stopping you from venturing into unexplored paths. You can even discover routes that you thought never existed.

With the right mountain bike, you can pretty much tread anywhere. No need to worry about unpaved roads or even roads for that matter. YouÌ¢åÛåªre on your own. Bring on the trails!