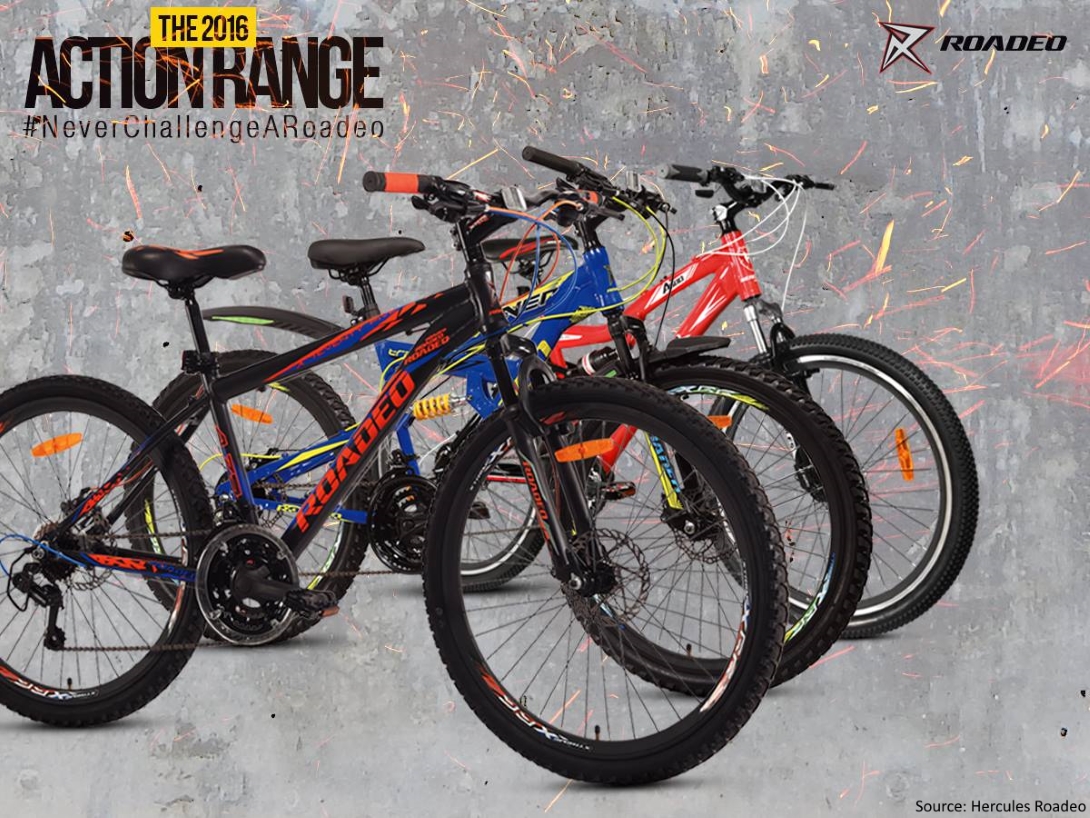 Hercules Roadeo have come out with 8 new and improved models for 2016. Most of these bicycle models with V-brakes have moved forward to a front disc brake and some bicycles have even taken a leap of installing dual disc brakes.

Some of the notable upgrades are the threadless stem system and the most important upgrade of them all, the transformation from revo to thumb shifters. Hercules Bicycle's own range of XRR (Xrteme Roadeo Racing) components have been used in all Hercules Roadeo Cycles.

With Matte finished frame paints and hardtail alloy variants, the Hercules Roadeo 2016 bicycles does match it's tag line for this year "You Never Challenge A Roadeo". The new 2016 range of Hercules Roadeo bicycles will be available at BSA-Hercules stores across India.