Health benefits of cycling for women

Health benefits of cycling for women 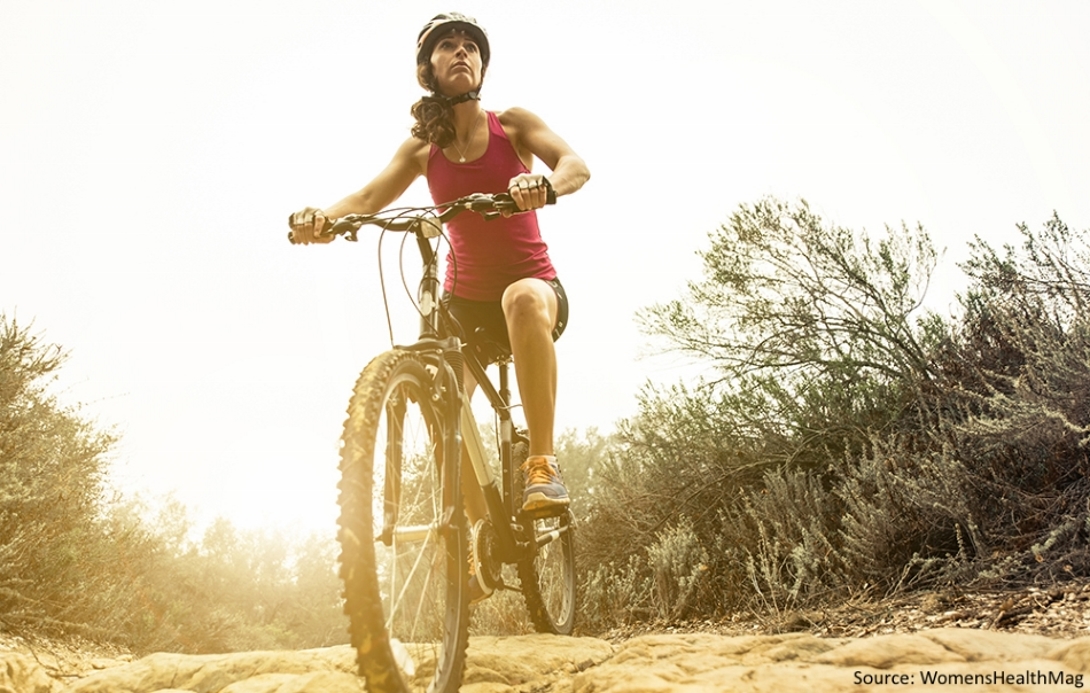 What are the benefits of cycling regularly?

Cardiovascular fitness refers to anything that has to do with one's heart, lungs and blood circulation. The most common cardiovascular diseases that occur in humans are strokes, heart attacks and high blood pressure.

A Danish study conducted over 14 years with 30,000 people aged 20 to 93 years found that regular cycling protected people from heart disease. Also, a study conducted over a year showed lower blood pressure and reduced levels of LDL cholesterol in women who cycled at least thrice a week for half an hour.

The link between cancer and cycling is widely and frequently debated. According to many researchers frequent cycling is linked with reduced risk of cancer, especially bowel cancer and breast cancer.

Studies have found that women who cycle frequently reduce their risk of breast cancer by a whooping 34 percent.

Type 2 diabetes is a condition where one's body becomes insulin resistant, i.e. it doesn't produce enough insulin which means that the glucose stays in one's blood instead of being used as fuel for energy. This leads to higher blood sugar levels. The rate at which type 2 diabetes is increasing among the population today is alarming. The main reason for this is thought to be lack of physical exercise.

A research in Finland found that people who cycled for more than half an hour per day had a 40 per cent lower risk of developing diabetes. This owing to the fact that being a high energy form of activity, the body uses up the glucose to fuel energy expelled while on the saddle.

Cycling is a great way to control or reduce weight, as it raises your metabolic rate, builds muscle and burns body fat. A British research shows that a half-hour bicycle ride every day burns approximately five kilograms of fat over a year.

Cycling triggers the brain to produce the neurotransmitter dopamine, which is linked to energy. It helps boost one's metabolic rate long after one has finished their ride. An hour of steady paced cycling burns an average of approximately 300 calories.

Studies have showed that cycling at an easy pace while pregnant is actually good for both the mother and her offspring. Cycling is a great form of cardiovascular training and keeps one's blood circulation regulated.

A research conducted by The Michigan University in the United States of America showed that women who exercised (cycling included) regularly when pregnant had an easier, less complicated labour, faster recovery and enjoyed better overall mood throughout their pregnancy. Also, one's foetus has a 50 percent lower chance of becoming obese and enjoys better in-utero neurodevelopment.

Regular cycling is extremely beneficial to people who are prone to stress, anxiety and feeling-down. Regular cycling triggers the release of endorphins. Endorphins are "feel-good" hormones which help alleviate one's mood and relieve stress.

Also, since cycling is an outdoor activity it helps take one's mind off of everyday life's monotony and stress as it helps one enjoy the fresh feel of Nature.

Since cycling involves the use of one's entire body, regular cycling helps tone one's muscles especially the muscles in the legs, thighs, hip and rear areas. When it comes to toning and losing fat around these areas, many women consider them to be problem areas. Cycling can help with this as it primarily involves these groups of muscles.

Cholecystectomy is the surgical removal of one's gall bladder. According to a study published in the New England Journal of Medicine, regular cycling played a major role in reducing the rates of Cholecystectomy in women in the year 1999.

Bicycle riding is a fun exercise and has numerous health benefits. Now, there is no reason to hold back from getting on that saddle and pedaling the glorious path to good health and lasting happiness. Is there?