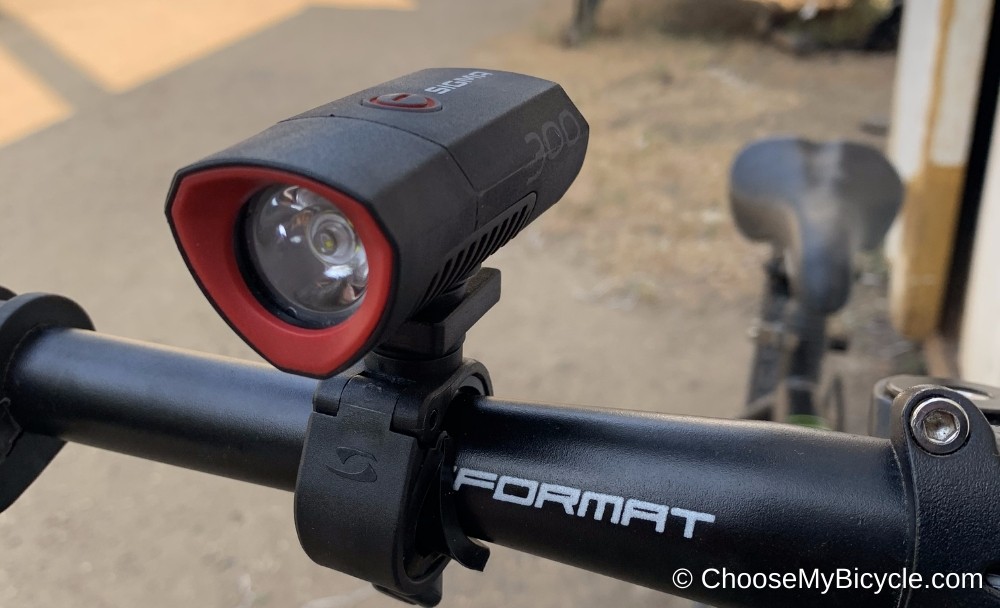 With a 300 Lumen Output and 70 metres of light range the Sigma Buster 300 is the ultimate all-rounder for every occasion.

Sigma Sports is a German manufacturer of electronic sports equipment started in 1982. Sigma Sports believe that the way to create the best products is by always incorporating the latest of technologies to give the user the best experience. Sigma Sports have a wide range of Cycling Accessories. We got the opportunity to review the Sigma Buster 300 Front Light and here is what we thought. 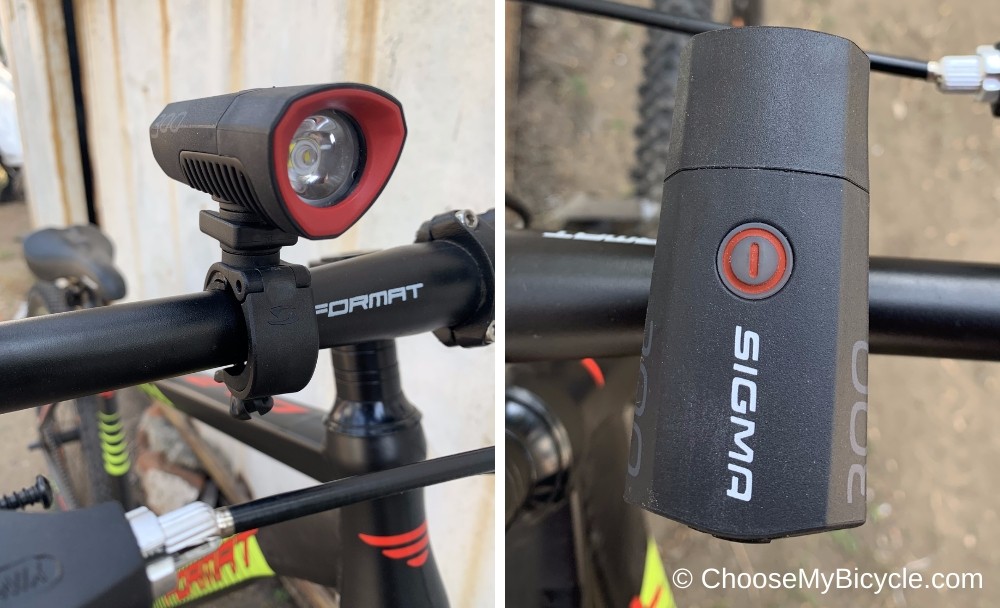 The Buster 300 has a large On/Off button which can be easily operated while wearing gloves. The light is switched on by double clicking and switched off by a long hold of the button. The On/Off button doubles up as a charge indicator that shows the battery status. If the battery capacity is below 75 per cent, the LED in the button lights up green and, if the capacity is below 25 per cent, it lights up red. The LED also shows the current charging level during the charging process.

The Sigma Buster 300 is powered by a 2000mAh USB rechargeable battery which takes 3 hours to charge from 0 to 100% using the micro USB cable which comes in the box. The device can also be recharged while in use, this allows you to continue riding while charging your light using an external battery pack. 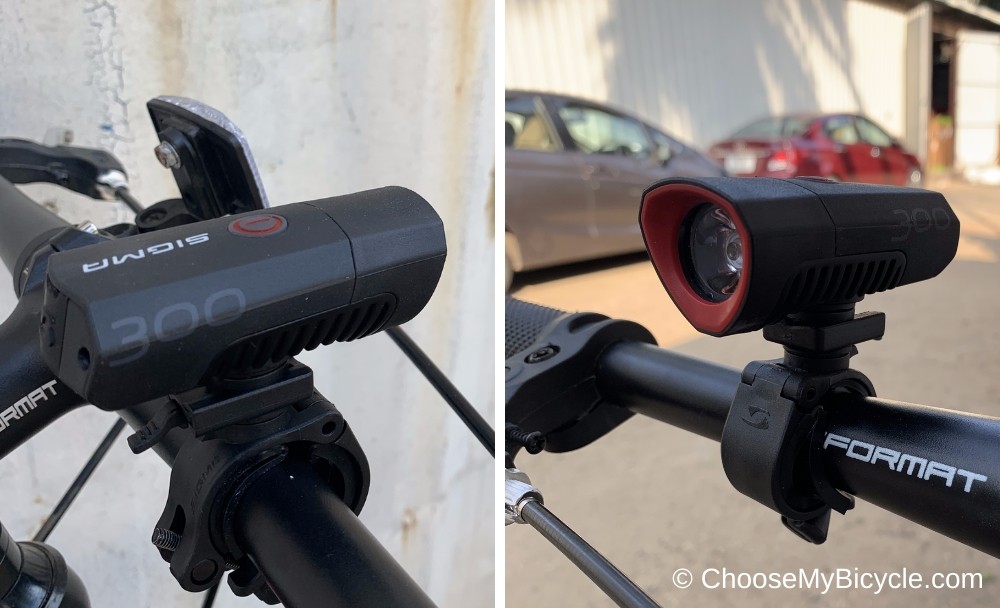 Light, Compact and Aesthetic in Design

The Sigma Buster 300 front light weighs only 103 grams including the holder. The Light has a matte finish with a red panel around the LED with simple text graphics for the brand and model name. The simple and compact design made the light look very stylish. The Light has a IPX4 Water Resistance which allows you to use when it is raining.

The crew on bracket ensures the Buster 300 is securely fastened on the handlebar and can be adjusted laterally by 360 degrees. The bracket has a flexible silicone holder which makes it suitable for all handlebar shapes and can be quickly attached and removed. The Buster 300 has cooling ribs on the underside of the light which ensures good heat dissipation.

Prices and Specifications/Components are subject to change by the brand, without due notice.