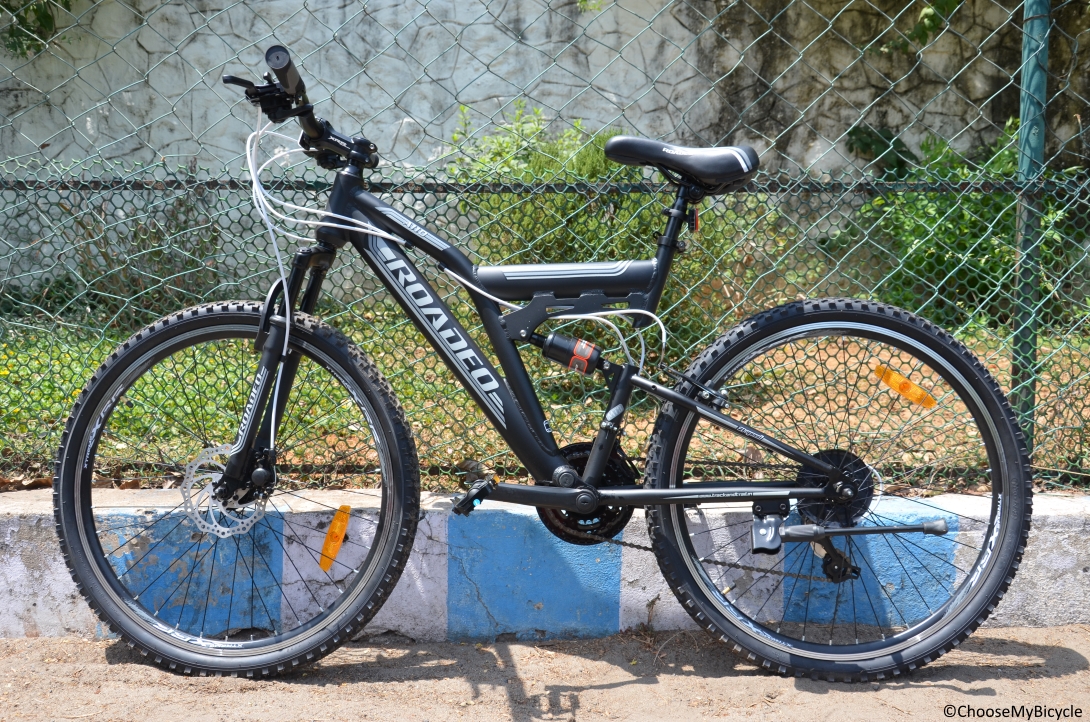 Hercules is clearly a known name for all us who have ever owned a bicycle in our childhood. Every year the new fleet of bicycles from the Roadeo collection have always been exciting. One such bicycle is the Hercules Roadeo A110 2016, which we got an opportunity to review. Read on to know what we thought about this bicycle. 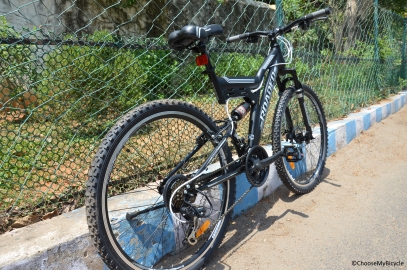 When the teenage bicycle segment is mostly dominated by steel framed bicycles, the full alloy frame in the Hercules Roadeo A110 2016 is definitely a game changer. It reduces the weight of the bicycle considerably. Any unwanted weight lost on a bicycle meant for teenagers is a positive. The steel threadless front suspension has enough travel to get you through the bumpy streets. The rear suspension is a good comfort feature and I felt it working on the saddle during the test ride. Both these suspensions aren't the best of shock absorbers when ridden on trails.¾ 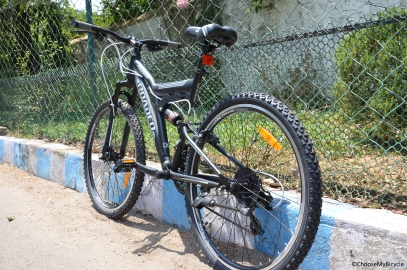 Classy and gives the look of an Adult MTB

The full suspension frame design looks complicated with the extra parts near the rear suspension. The matte black colour of the Roadeo A110 is nothing but classy and gives the look and feel of an adult MTB. The white gear and brake cables stand out in the black coloured bicycle. The series and the model name are embossed clearly in white. The side stand which comes with this bicycle fits right into the design unlike most other bicycles in this category. 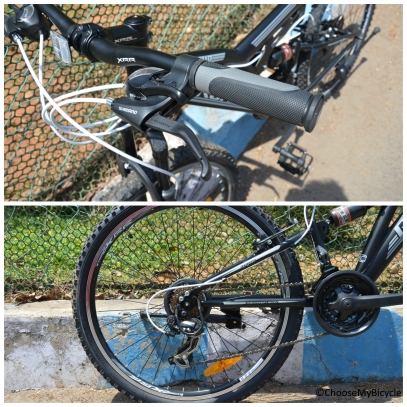 The entry level Shimano Tourney is the gearing component on the Hercules Roadeo A110 2016. The gearing did show some lag while on lower gears at the rear derailleurs. But this isn't a surprise from the Tourney component at this price range. The gearing is controlled by the Shimano Easy Fire EF-41 21 speed thumb/trigger shifters. The shifter felt comfortable in reach but the trigger sometimes responded slower than usual during the test ride. 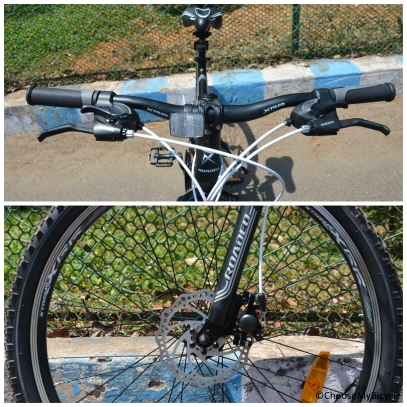 The Hercules Roadeo A110 2016 is one of those unique bicycles with a combination of Disc brakes and V-brakes. The front mechanical disc brakes are an exciting feature to have in any bicycle meant for teenagers. The stopping power of the disc brake was excellent during the test ride on busy city roads. The V-brakes at the rear may make the bicycle skid if the brakes are jammed. The brake pad rubber looked strong enough to last longer than expected. The integrated brake levers were comfortable enough to control both the disc and V-brakes on the Roadeo A110 2016. ¾

All the Roadeo ranges seem to have the identical over-sized MTB riser handlebars. The black handlebar with a slight rise in this bicycle open up the chest of the rider, making it a comfortable yet aggressive riding position. The grips aren't the best if you are someone who sweats more than usual on the palms. 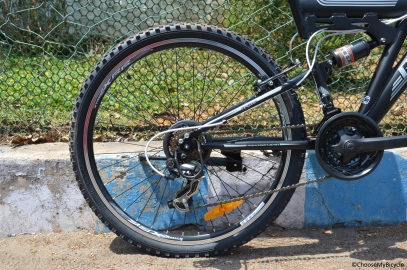 The 26'' x 2.1'' nylon tires are the as found on an entry level adult MTB bicycle. The treads are good enough to give decent traction on wet roads. The over-all wheelset built on the double walled XRR alloy rims did feel heavier. The saddle is quite the surprise on the Roadeo A110 with a well thought after ergonomic shape which immensely increases the comfort level of the rider. The ride quality of the Roadeo A110 2016 was more than just comfortable on city roads, but expect a few vibrations to be felt while ridden on flatter trails.¾

The usage of the Hercules Roadeo A110 2016 is mostly on city roads for short commutes to school or the evening ride around the neighborhood with your friends. Taking the A110 2016 on a flatter trail will give you a bumpy and uncomfortable ride experience. But that isnÈt something to be disappointed about since the primary purpose of this bicycle isnÈt for trail performance. At Rs.12,750 the Hercules Roadeo A110 2016 is a good bicycle to consider buying for any teenager.

Prices are subject to change by the brand, without due notice